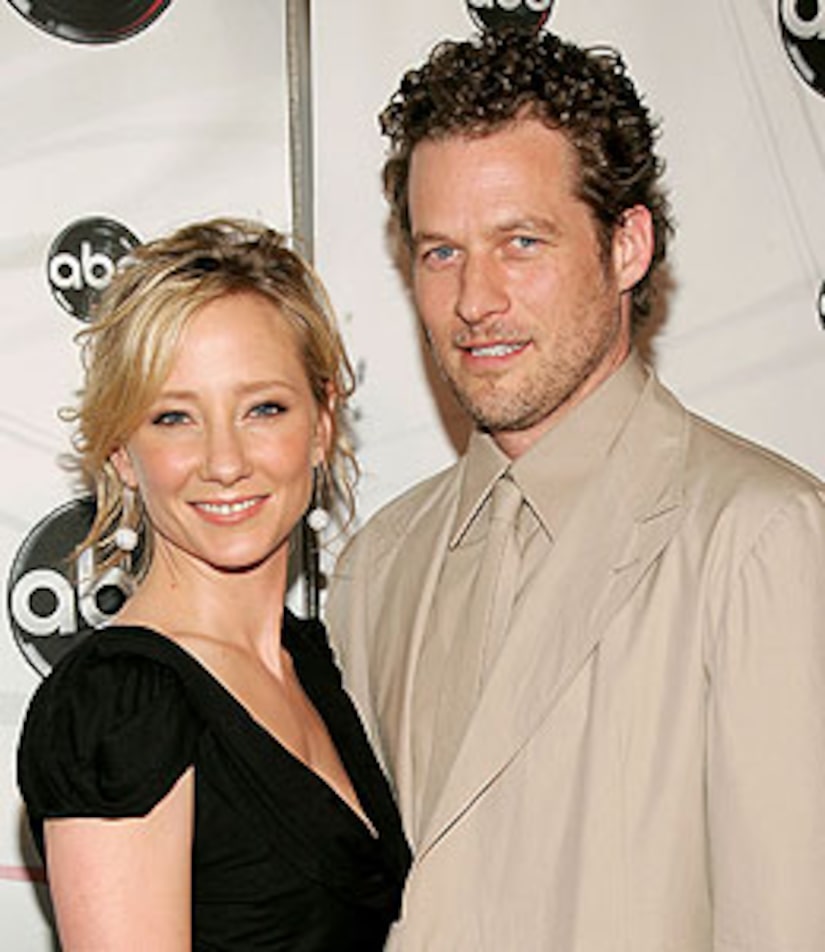 "They are thrilled," Heche's rep confirms to Us Weekly. Anne and James met on the set of ABC's "Men in Trees" -- and announced their relationship shortly after splitting with their respective spouses.

Heche told "Extra" in 2007 that she was relieved when news broke of her romance with Tupper. "We're so much more comfortable now that our feelings are exposed and everybody knows about them."

The couple sparked baby bump speculation when sources revealed to "Extra" that Anne was spotted shopping at Little Aura in Santa Monica -- and made a stealthy getaway from the back of the shop to prevent shutterbugs from figuring out she had a bun in the oven!

The actress has one son, Homer, 6, from her previous marriage to Coley Laffoon.