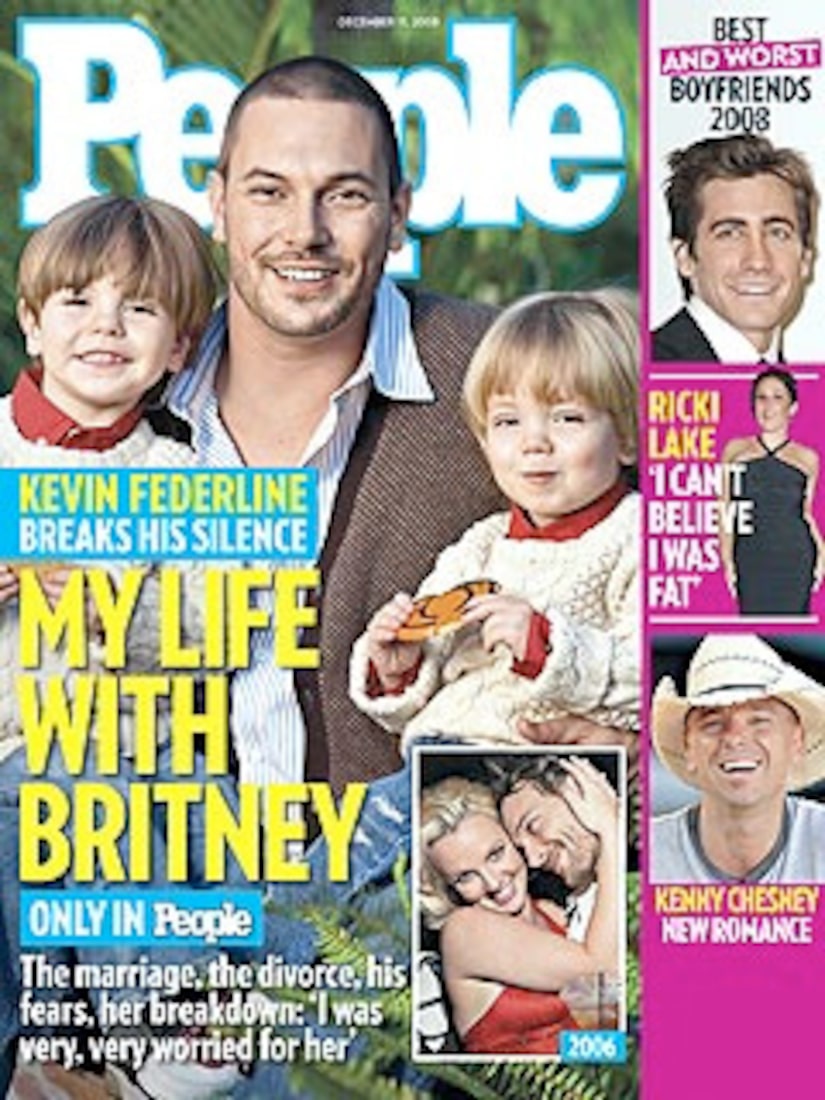 Kevin Federline is finally ready to talk about his time as Mr. Britney Spears. The wannabe rapper reveals his story to People magazine, explaining his difficult split from the pop star, the joys of fatherhood -- and Britney's breakdown.

KFed says he wanted to work on their troubled marriage. "I was trying to work stuff out with her, and she didn't even talk to me or anything and went behind my back and filed for divorce. I was completely blindsided." In the MTV documentary "Britney: For the Record," Spears claims Federline left her.

Federline also opens up about the January night Britney locked herself and Jayden in her bathroom and was later taken to the hospital in an ambulance. KFed says that was one of his lowest lows. "You want to talk about one of my lowest points of depression, that was probably one of them. I was very, very worried for her 'cause I care about her. That's the mother of my children."

Britney and Kevin officially divorced in Nov. 2006, but he remains one of her biggest fans. "I'm definitely rooting for her. There's nothing more that I want than for her than to be in the best health and doing what she loves to do."

For the full story, pick up People magazine, on newsstands Friday.