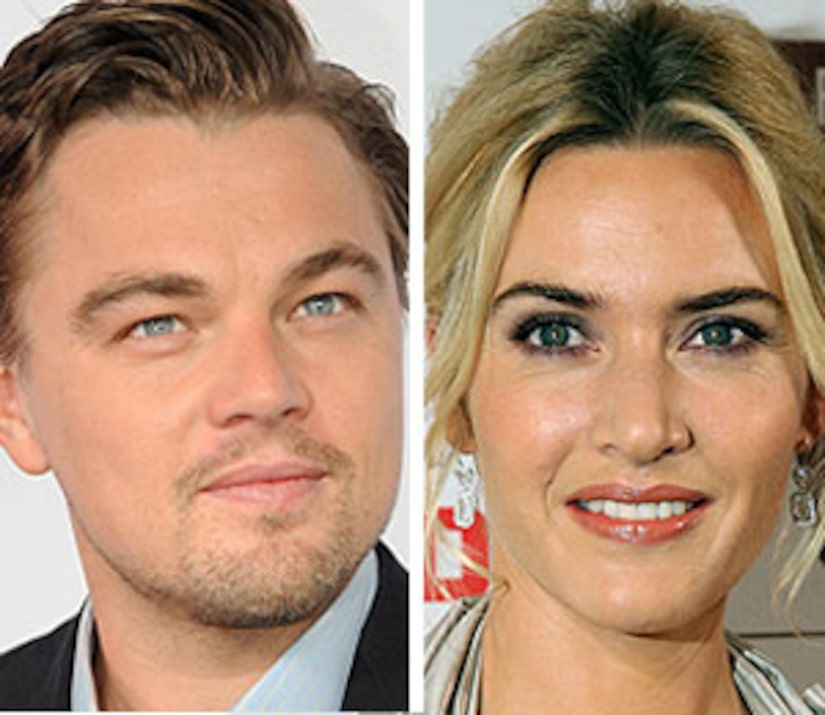 It's been ten years since "Titanic" swept into theatres and captured the hearts of millions -- and now the fans have something new to celebrate! Kate Winslet and Leo DiCaprio are reuniting onscreen -- and "Extra" talked to the stars about being co-stars once again.

"It was everything I could have hoped for and more," exclaimed Kate. When asked whose idea it was to work together again, Leonardo revealed, "I think it was Kate's idea to reunite for this film, seeing that she shepherded this project for almost five years."

In "Revolutionary Road," Winslet and DiCaprio play a married couple struggling to make it work. The film is directed by Kate's husband Sam Mendes -- which made filming the sex scenes between the pair a bit awkward! "I selfishly didn't think about how her husband might feel or how she might feel. I was just like, 'Let's do this!'"

"Titanic" earned Leonardo a Best Actor nod at the Academy Awards, but the actor admits he's barely seen the movie! "I actually don't see many of my movies," Leo confesses. "I go to the premiere and then I kind of never see them again."