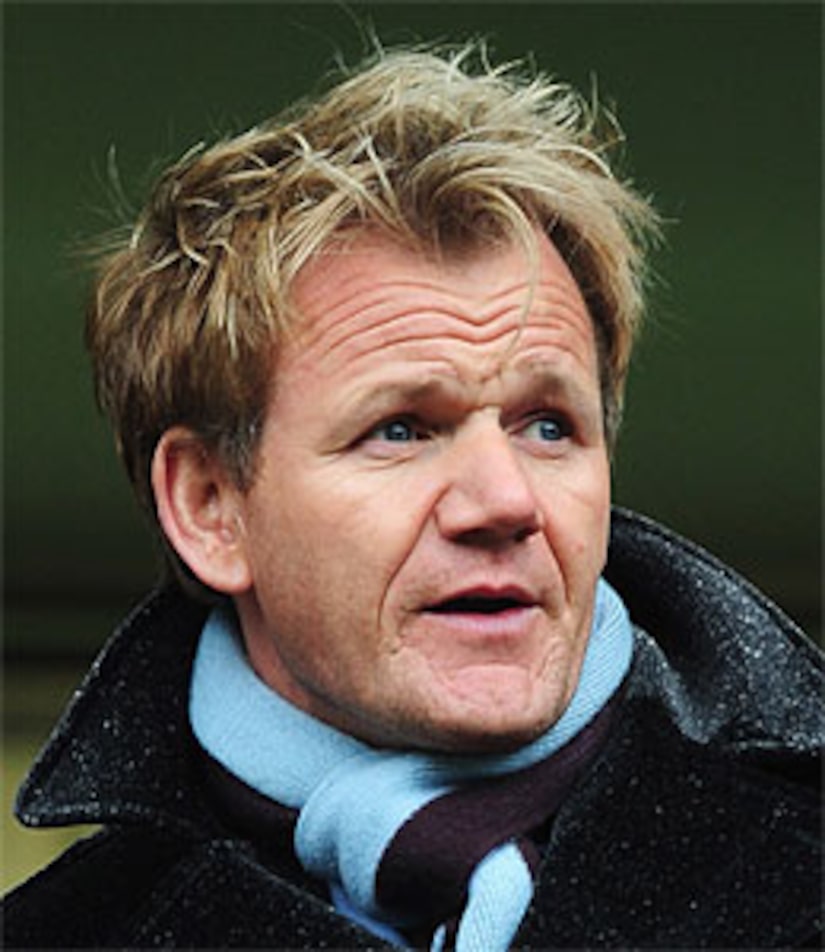 Gordon Ramsay is still trying to wiggle his way out of "Hell" -- the chef laughed off cheating reports on a popular BBC show yesterday and dissed his alleged mistress.

"Come on though, if I was really going to cheat it wouldn't be with a complete slapper," he told the audience of "Good Food" with a smile.

The "Hell's Kitchen" foodie is accused of having an affair with writer Sarah Symonds, who claims he's had affairs with other women.