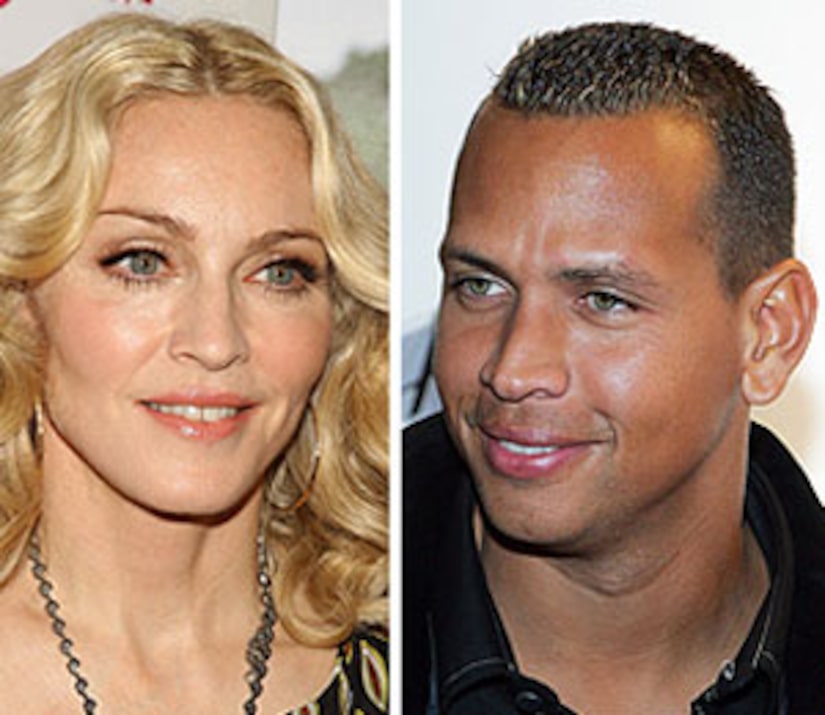 After reportedly meeting up on Turkey Day, Madonna and Alex Rodriguez were spotted in Mexico City over the weekend.

The 50-year-old pop queen was south of the border to perform on her "Sticky & Sweet" tour. A-Rod headed to Mexico City to inaugurate a new sports arena -- and spent time teaching kids the fundamentals of baseball. According to People magazine, when Alex was asked how he felt about being in town with the Material Girl, he told AP it was "very good."

"It's a pleasure to talk about baseball, to talk about the importance of keeping children off the streets, out of drugs and out of all the bad things that there are in this life," Rodriguez said in Spanish.

The alleged couple were also together at Madge's Miami concert where, according to E!, the Yankee handed the singer a water bottle on her break.