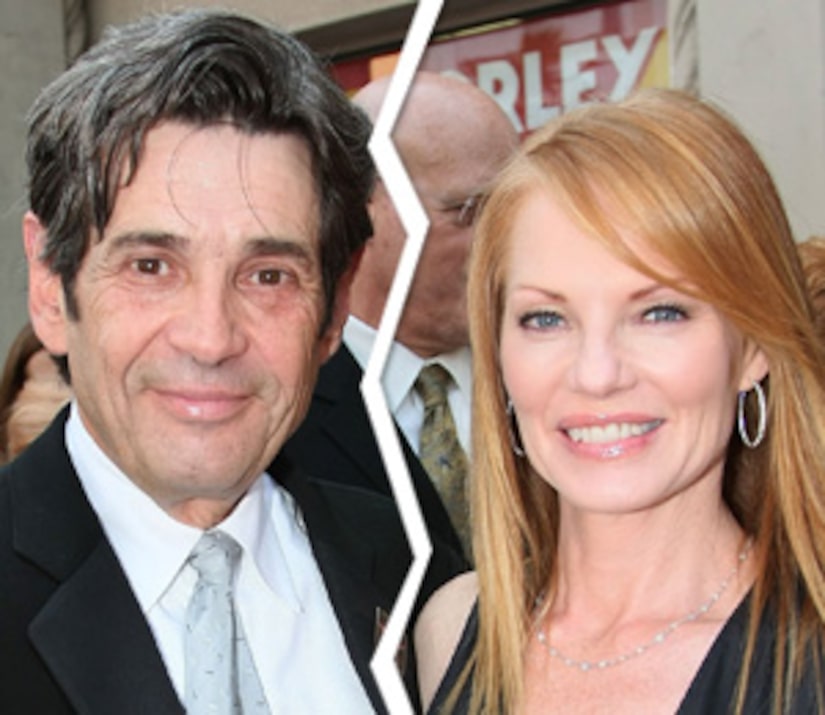 "CSI" actress Marg Helgenberger and husband Alan Rosenberg have announced they are separating.

A rep released a statement to "Extra" saying, "After 19 years of marriage, Marg and Alan have decided to take some time apart. They love and respect each other and remain committed to their family."

Emmy winner Helgenberger recently celebrated her 50th birthday, and it was revealed to the National Enquirer that she left Rosenberg. A source told the Enquirer, "Marg hasn't been happy for a long time, and as 50 approached she finally told Alan she wanted to start the second half of her life alone."

They have an 18-year-old son, Hugh. The source also said they don't want to have a nasty custody battle, "But both she and Alan love their son and want to minimize any trauma the split would have on him. They're excellent parents, but they just came to the decision that their lives together were no longer working."

Helgenberger and Rosenberg, who is president of the Screen Actors Guild, married in September 1989.