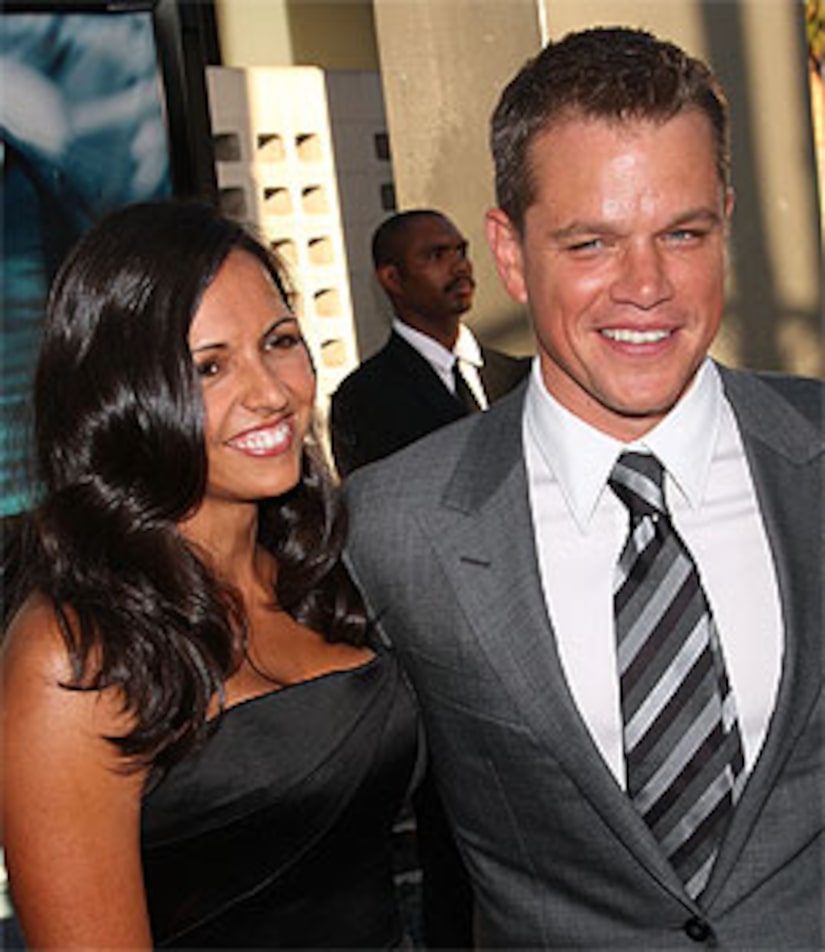 Superstar Matt Damon is working on four new flicks that will open in 2009 -- but tells "Extra" his priority is his family.

The "Bourne Ultimatum" star also dished on celebrity pal Sarah Silverman -- who shot the now-famous "I'm F**king Matt Damon" with the actor. "Let's just say Sarah's a friend of the family -- we'll just leave it at that," Damon said.

Despite the sexual hilarity of the spoof video, Damon said his wife of three years is cool about the attention the song received -- and even has a t-shirt to prove it! "My wife is very cool," said Damon. "Actually, someone sent us a t-shirt in the mail that said 'I'm f**king Matt Damon' with a note that said, 'Dear Lucy, you're the one who can actually wear this!'"