Sasha and Malia -- welcome to the White House! 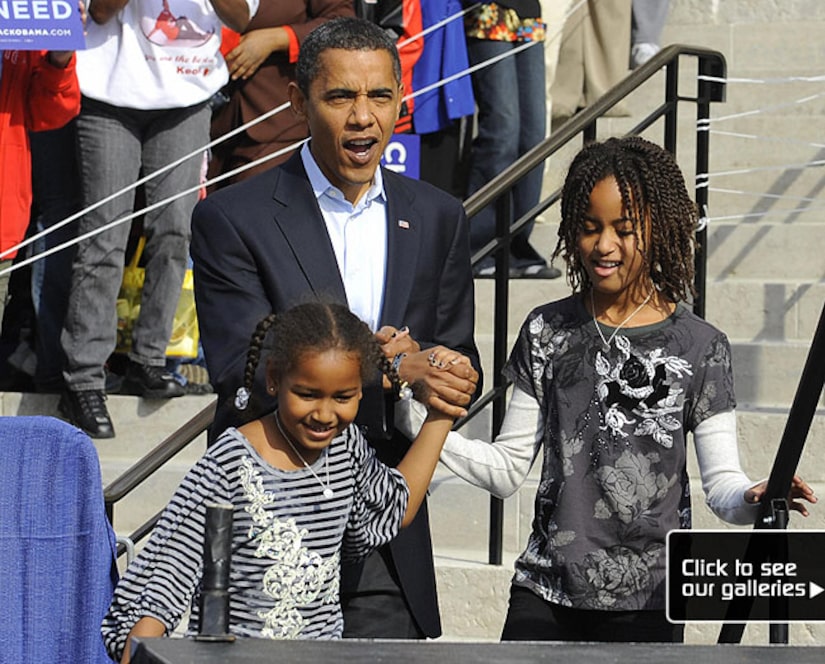 President-elect Barack Obama sat down with wife Michelle for an interview with Barbara Walters and talked about how the future first daughters will adjust to life in Washington -- and Barack isn't worried about his girls making the transition. "They're kind, thoughtful kids and they show everybody respect," he told Walters. "If they retain that, the other stuff will take care of itself."

While the White House has an extensive staff, mom Michelle says Sasha and Malia won't be given every luxury. "Let them make their own beds," Michelle responded, when asked how the girls will deal with issues of normalcy. "They have to learn these things."

And everyone wants to know about the new first pooch -- what kind of dog will the Obamas choose?! Barbara suggested that Barack get a Cha-Cha -- which the future Commander-in-Chief wasn't having. "Sounds kind of like a girly dog," Obama said. "We're going to have a big rambunctious dog of some sort."