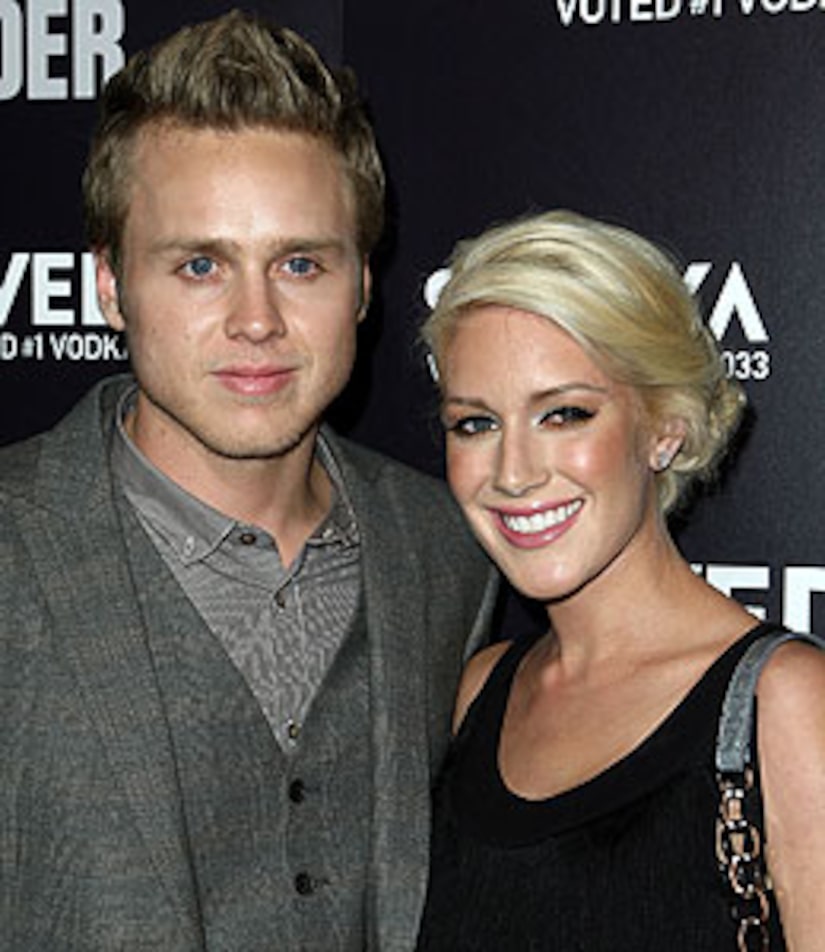 Speidi rocked the tabloid world when news broke yesterday that they had eloped in Mexico -- but was it all a publicity stunt?

Celebrity blogger Perez Hilton shared his two cents with "Extra" about Heidi and Spencer's big day, saying, "We don't know if they're legally married. I can guarantee you 100% Spencer and Heidi got paid to sell their pictures and give an exclusive to Us Weekly."

Montag 'fessed up to the mag that she was nervous because she hadn't told her family the news about her wedding -- and sure enough, her sister Holly admitted on last night's "Hills" 'after show' that she had no clue! "I had no idea what was going on," Holly said. "I never would have expected that!"

Hilton also stated that Speidi's timing was a little too perfect. "Magazines come out early for Thanksgiving, they're in newsstands longer -- it's an opportunity to make more money!"