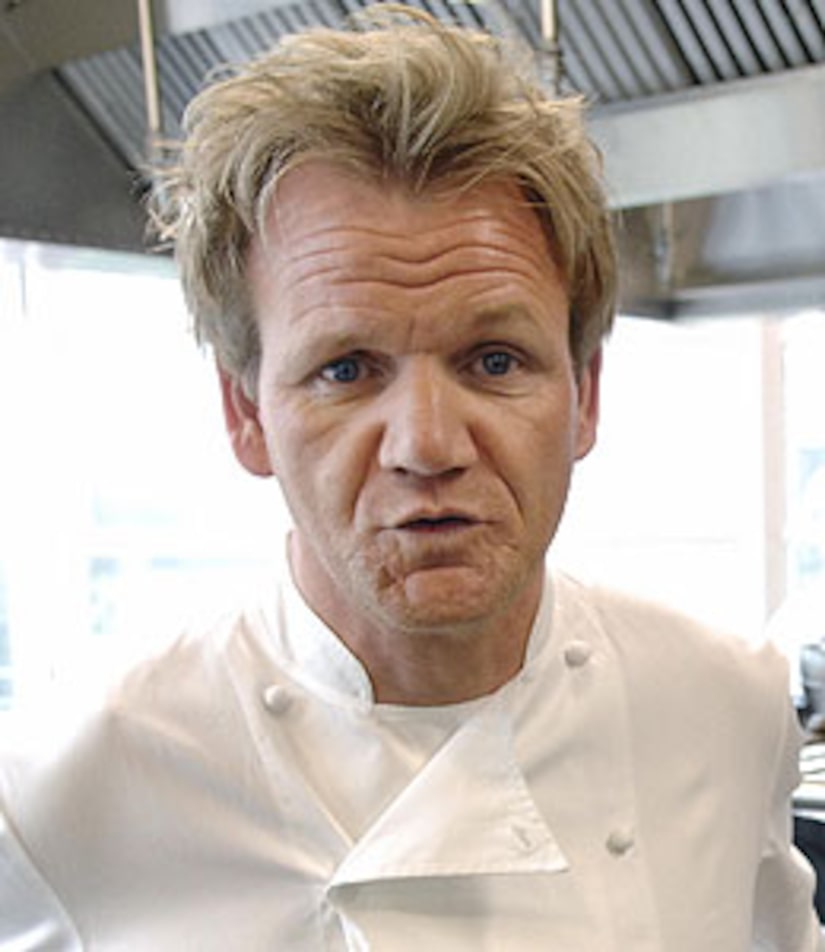 Celebrity chef Gordon Ramsay isn't in "Hell" -- but judging from international headlines, he's getting close. Gordon stands accused of an affair with Sarah Symonds -- the spicy author who literally wrote the book on cheating.

The professional mistress wrote the book "Having an Affair? A Handbook for the Other Woman" -- and told MomLogic.com that unavailable men have no trouble finding someone to cheat with. "Married men who want to lure another woman are very good at it."

Sarah dishes about an affair with a high-profile man, and while she doesn't mention the feisty foodie by name, she details their trysts. "His wife would often call the hotel room and I would be lying next to him," Symonds claims.

Symonds also states that she feels no remorse for her participation in an affair. "I've never felt guilty about the wife, actually... in fact, in the end, I picked up the phone and told her about me, personally."

Meanwhile, the hot-headed TV chef is known on his shows for his fiery temper, but portrayed himself as a family man to "Extra" last year, saying, "My wife's a school teacher, she writes books for a living and we've got four amazing children."

Anna from Splash News tells "Extra" that Gordon is doing everything he can to protect his reputation -- and financial assets. "He is worth almost a hundred million dollars and he has got a lot to lose."