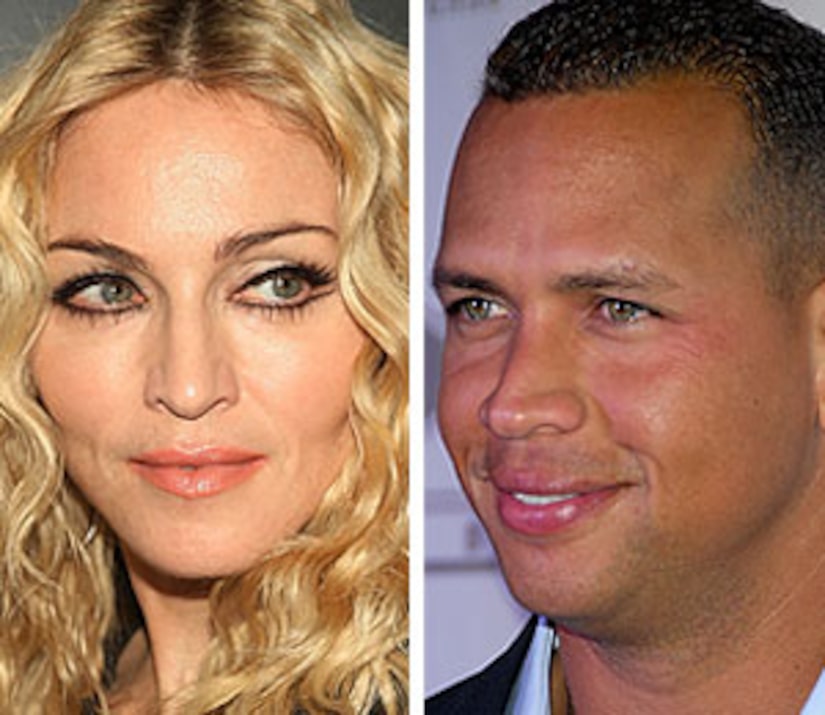 Did the newly divorced Madonna and Yankee slugger A-Rod really have a secret, late night meet-up at the Material Girl's NYC apartment?

According to paparazzi, that's true! The shutterbugs claim that Alex arrived at Madonna's pad after midnight on Friday, with Madge appearing a few minutes later. The paps also allege that Rodriguez made his 2:30 AM escape -- in the trunk of a car!

The baseball star gave photogs the silent treatment when they hounded him about the reported rendezvous.