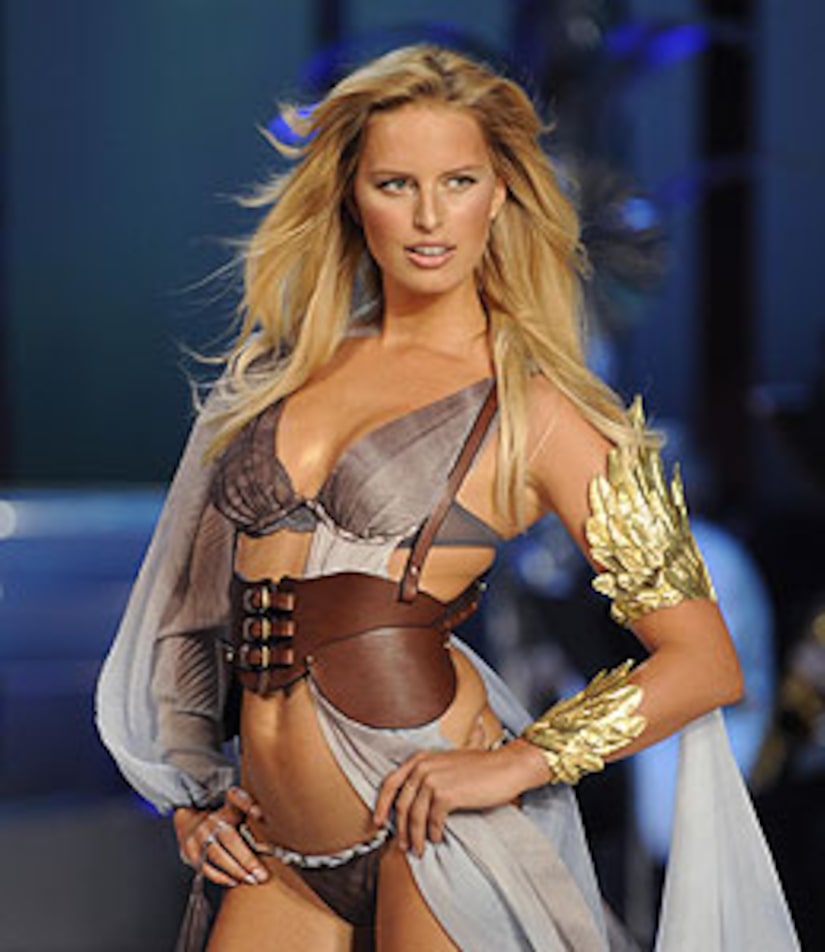 Sexy Karolina Kurkova's belly button has been a topic of speculation since it had seemingly disappeared when the Angel took the runway at Victoria's Secret's Miami Fashion Show. Has the mystery been solved?

That's true. According to reports, as a result of a navel operation the beauty had as an infant, her "innie" belly button seen in sexy lingerie photos is digitally added. No pesky lint!