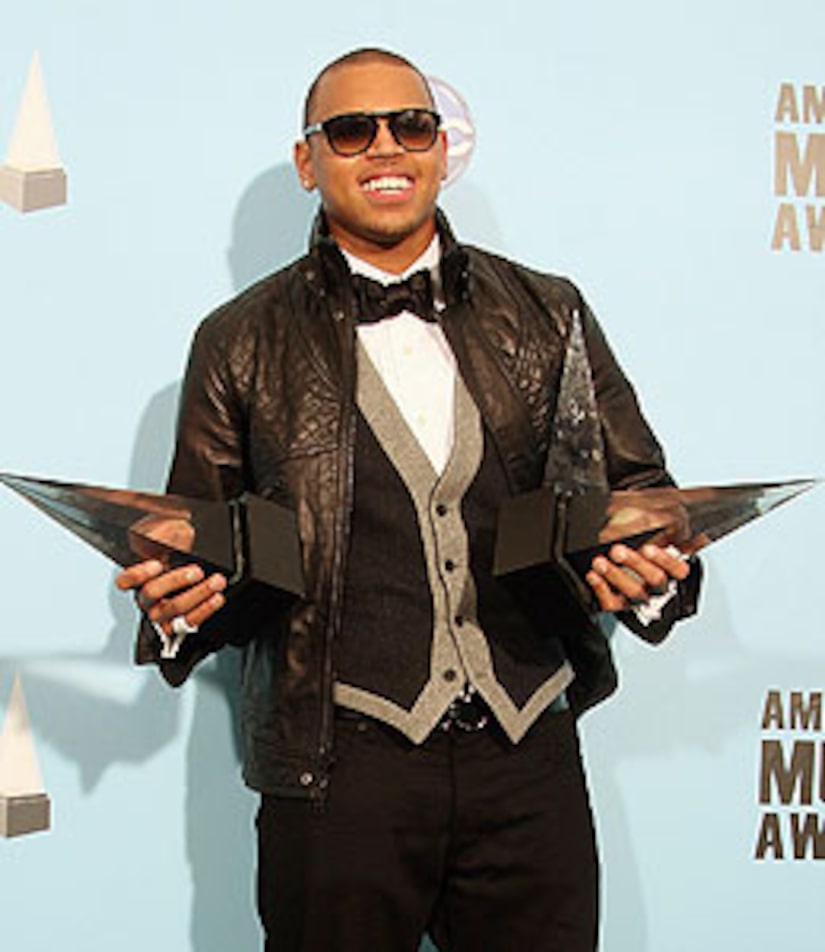 19-year-old Chris Brown proved he was a music sensation to be reckoned with last night at the AMAs -- the R&B singer took home three statuettes at the ceremony, including Artist of the Year.

Chris, whose latest single "Forever" was a top ten hit in various countries, won awards for favorite male artist in both the soul/R&B and pop/rock categories. When he was named Artist of the Year, a shocked Brown said, "I don't know what to say. I would have given it to Coldplay!"

Brown's better half, Rihanna, also took home the statuettes in the female soul/R&B and pop/rock categories.

Who else took home the coveted music awards? Click here to find out!