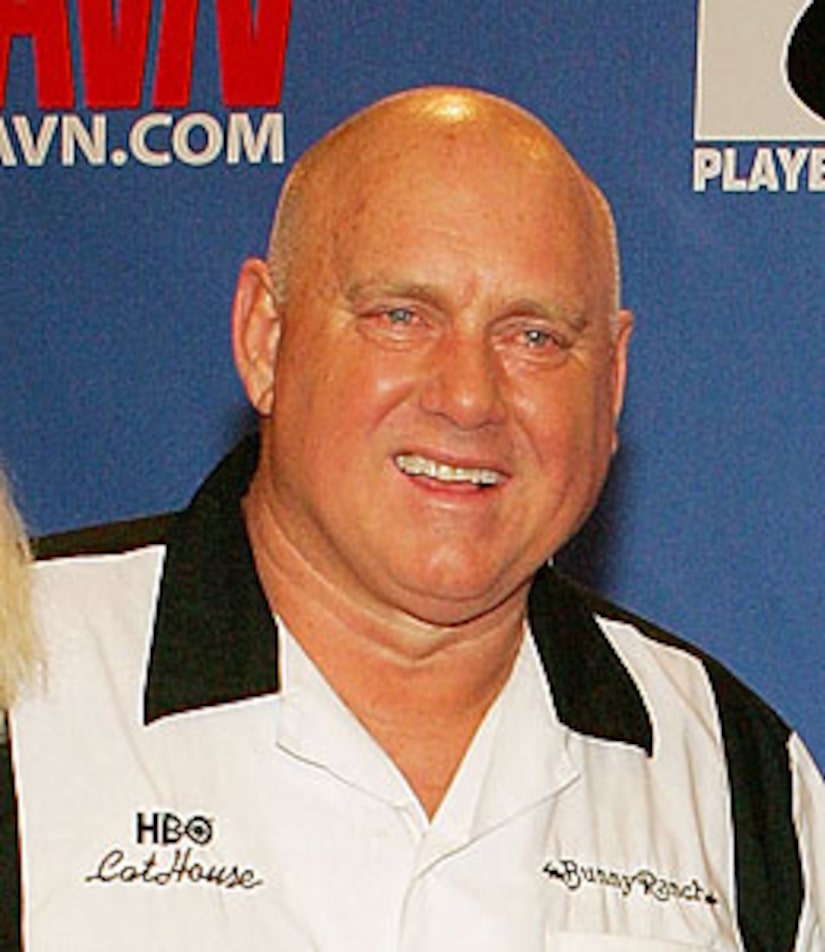 After revelation of their trysts brought down the New York Governor Eliot Spitzer, his high-priced hooker Ashley Dupré told Diane Sawyer that her days as a call girl were over -- but the Bunny Ranch has a position for her if she changes her mind!

Dennis Hof, owner of the Bunny Ranch -- a legal, licensed brothel in Nevada -- sat down with "Extra" and three of his employees to watch Dupré's "20/20" interview, in which the former "escort" said she'd changed her ways.

"I'm going to offer her a job," Hof tells "Extra" of Spitzer's former flame for rent. As Ashley confessed that "didn't really see the difference" between her job and going on a regular date, Hof commented, "Sugarcoat it any way you want. You're still a prostitute."

Hof's employees -- Coco, Sunny and Max -- also shared their two cents on Ashley's tell-all. Ashley blamed excessive drug use for getting her into the business of selling her body. "Well, once again they stereotype prostitutes as drug users," Coco remarked while watching the interview. "It's not like that for everybody."

To our knowledge, Miss Dupré has not responded to the job offer.