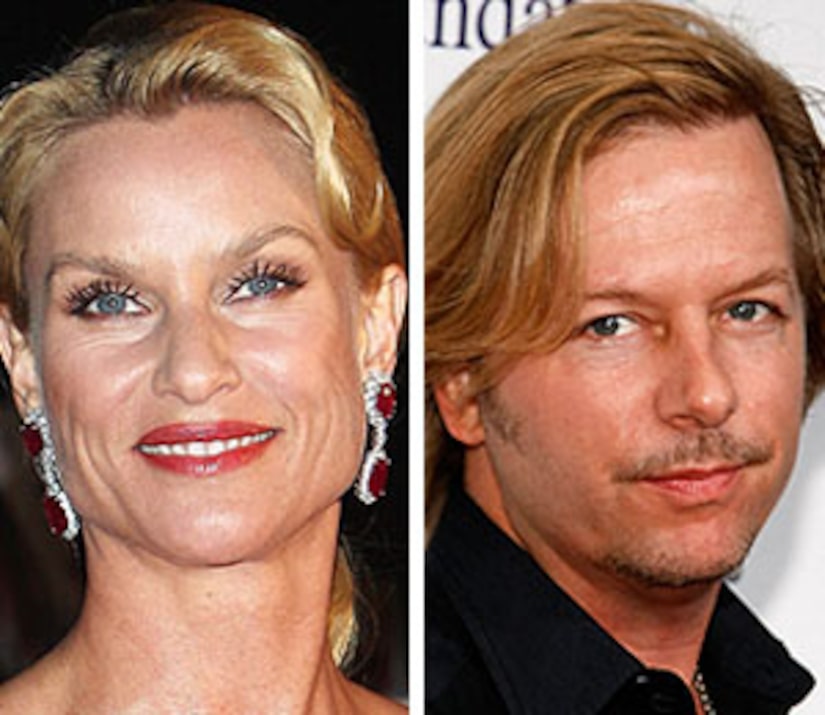 "Desperate Housewives" star Nicollette Sheridan knows how to celebrate her birthday in style -- the actress was caught smooching funnyman David Spade at her bash!

Sheridan celebrated her 45th birthday with a Beverly Hills birthday party, which Spade attended. The couple-to-be arrived separately, "but couldn't resist each other for long," a source reveals to Us Weekly.

The source shares that David winked at Nicollette, and was by her side as she blew out her birthday cake candles. Later in the evening, Sheridan and Spade "cuddled and kissed."

Despite what the PDA may suggest, a source close to Nicollette tells "Extra" that the pair "are just friends."

The birthday gal broke off her engagement to Michael Bolton in August. Spade, also 45, has been linked to a string of beauties since his split from Heather Locklear, and has a baby girl with Playmate Jillian Grace.