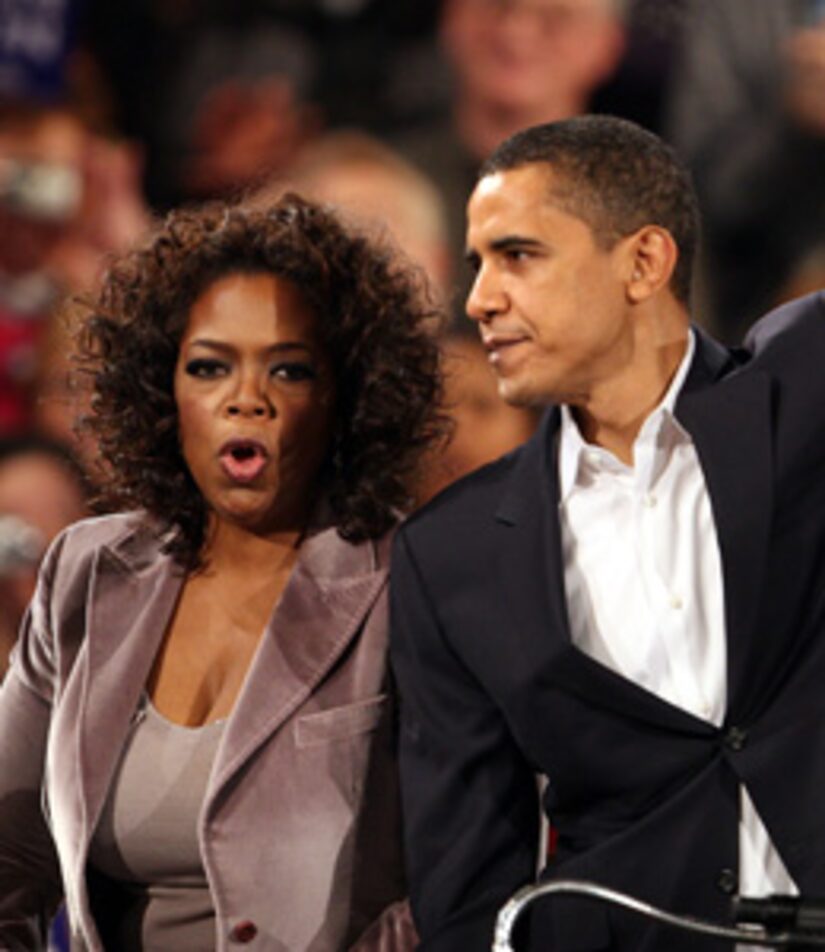 It's true! Oprah is getting her groove on in D.C. for Obama!

The Washington Post says Winfrey hopes to broadcast three of her shows from Washington the week of the inauguration -- potentially from the historic Kennedy Center! Event planners are busy searching for a swanky site to house a big Barack inauguration bash.

Neither the Kennedy Center nor Harpo Productions would comment on the future festivities.