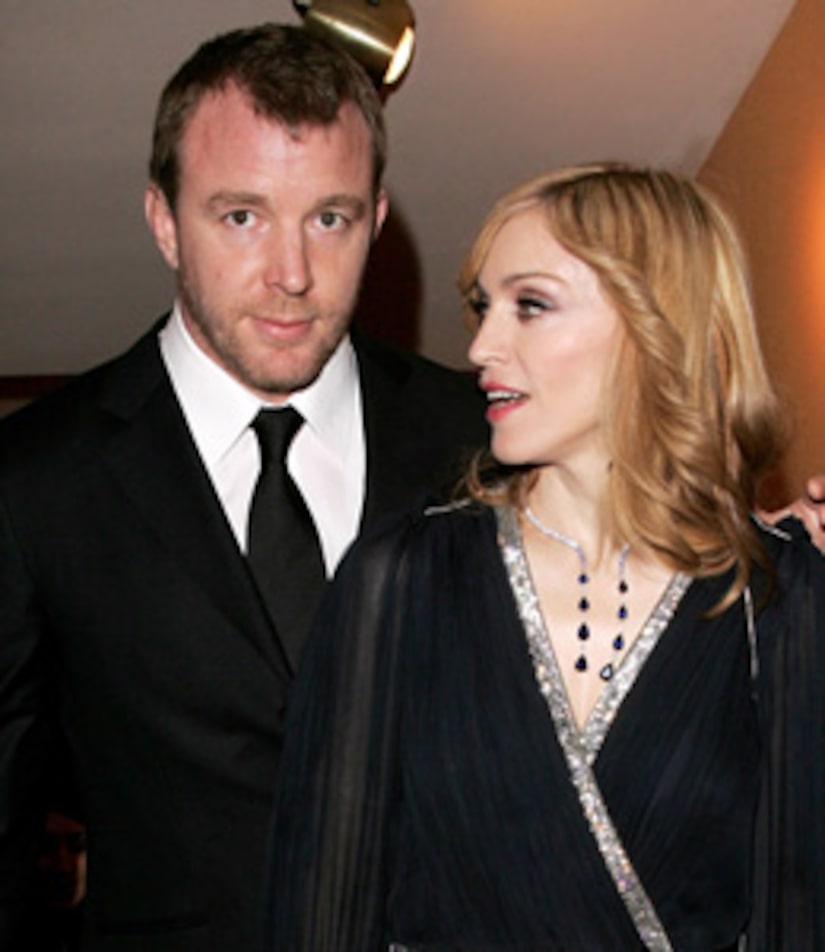 Madonna isn't giving up her hard earned dough! British tabloids report Guy Ritchie will not be awarded any of Madge's multi-million dollar fortune.

The "Material Girl" is worth and estimated $500 million, and the "RocknRolla" director has raked in an approximate $50 million, so the financial settlement appears to leave neither wanting anything from the other.

The tabs also claim Guy and Madonna will share custody of their sons, David and Rocco. The kids will split their time between the UK and the states. The Sun is reporting a divorce settlement will be announced by the end of this month. That was easy!