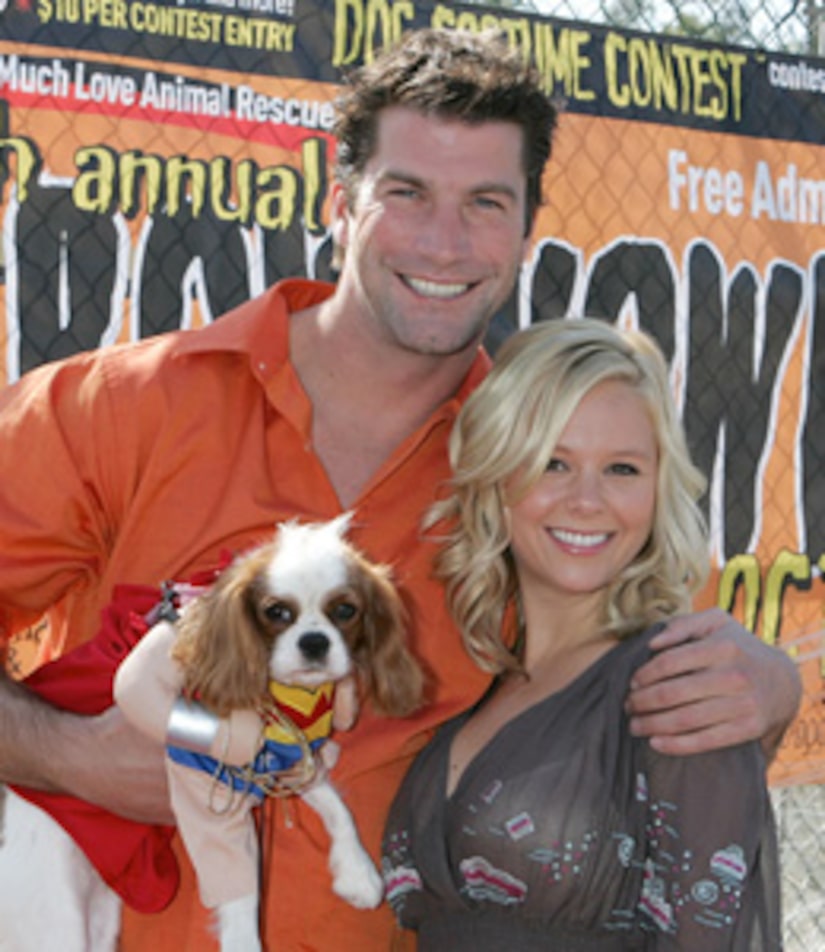 Buff babe Charlie O'Connell went on the search of a lifetime to find the love of his life as "The Bachelor" in 2005. Charlie offered southern belle Sarah Brice the final rose, and after the finale the couple moved in together in L.A. In 2007, they called it quits. Brice admitted to "Extra," "I needed to go out and become my own person and figure out who I really was and what I wanted."

A year later, Charlie and Sarah are rekindling their romance, Charlie reveals, "I think the breakup really helped our relationship." The handsome actor and TV host says he is no longer drinking. Brice admits O'Connell's drinking was an issue when they first started dating. The two have changed for the better and Sarah says it's getting serious again, "Obviously, we will live together again. But I kind of don't want to live together until we are married... when the time is right, we will know."

Reality TV romances in the real world are known to fizzle. "The Bachelorette" DeAnna Pappas and fiancé Jesse Csincsak broke off their engagement earlier this month. O'Connell says he isn't surprised, "It's really hard after being in the bubble of 'The Bachelor' to then go and live in the real world and not really knowing each other." Brice added, "I think when you're in the spotlight and you're placed in that situation, it's very easy to feel like you're in love, but I think after all that wears off, the core issues start to come out."