"Australia" star Hugh Jackman has been named People magazine's Sexiest Man Alive -- a title that comes as no surprise to co-star Nicole Kidman. "Women's jaws drop when Hugh walks into a room," she tells the magazine. 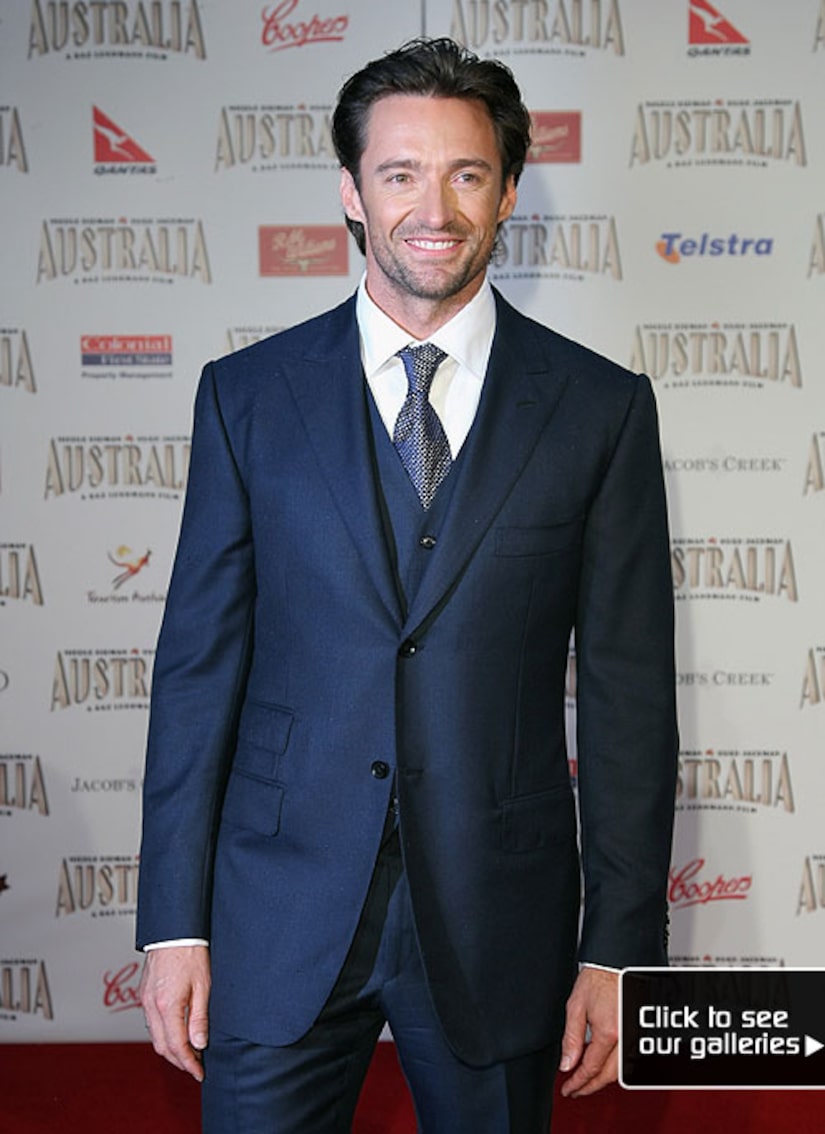 Hugh's wife, Deborra-Lee Furness, has to agree. Jackman states that when Furness found out, she said, "I could've told them that years ago!" Then, she jokingly added, "Obviously, Brad wasn't available this year."

Jackman and Furness have been married 12 years and have two children -- Oscar, 8, and Ava, 3. Jackman says that while being chosen as the Sexiest Man Alive is an honor, it's his family that he is most proud of. "We are happy. Deb and my kids have been the best things that have ever happened to me, without a doubt."