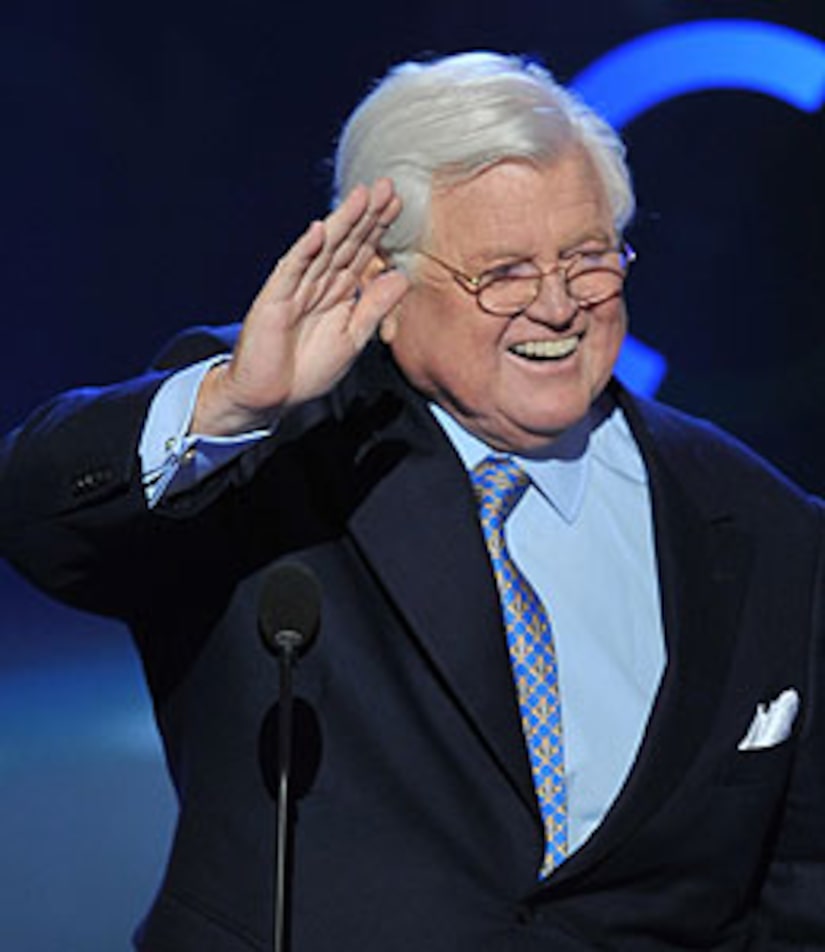 In an amazing show of determination, Senator Ted Kennedy returned to his Senate office today for the first time since July.

Kennedy has been battling a malignant brain tumor for which he underwent surgery last June. Ted continues to recover after undergoing chemotherapy and radiation. He has been recovering on Cape Cod at the Kennedy family compound.

An early supporter of President-elect Barack Obama, there is talk that Ted's niece, Caroline Kennedy Schlossberg, will be the new Ambassador to Great Britain, a post once held by Ted's father (and Caroline's grandfather) Joseph P. Kennedy.

Kennedy was on Capitol Hill to meet with the Senate on the economic crisis.