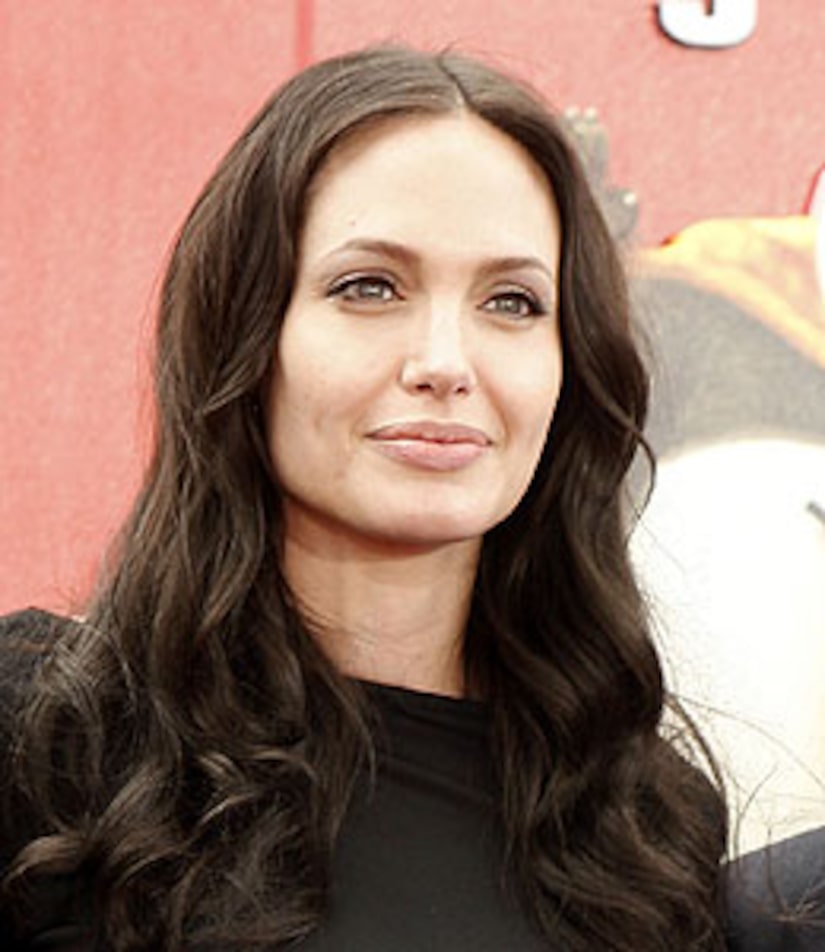 With a wide range of tattoos and a gutsy attitude, Angelina Jolie is usually portrayed showing her tough side -- but did the mother of six well-up during an interview that mentioned her mother?

That's true. The Oscar-winning actress got teary-eyed during an interview with London reporters about her new movie, "Changeling" - saying how her role reminded her of her late mother, Marcheline Bertrand. "She was really, really sweet and she would never get angry," a choked-up Jolie revealed, "but when it came to her kids, she was really, really fierce. So this is very much her."

"Changeling" is now playing in theatres.