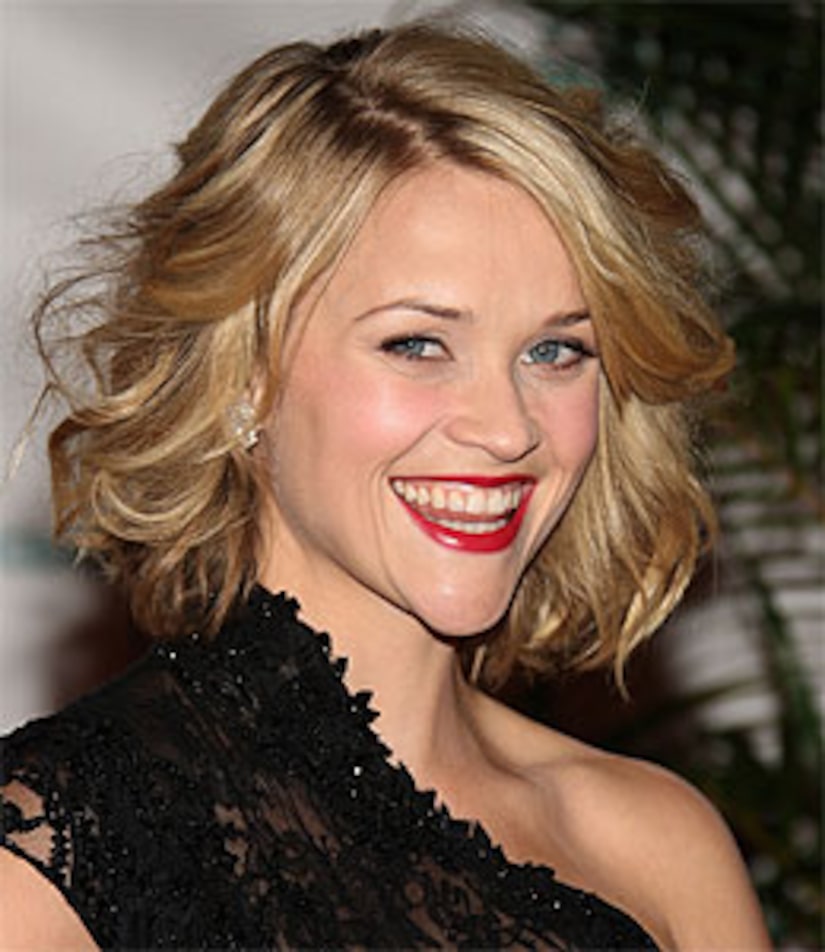 Reese Witherspoon is gearing up for the release of her holiday comedy "Four Christmases" -- and in the spirit of the holiday, the actress revealed the strangest Christmas gift she's ever received to "Extra" -- a dead squirrel!

"My dad's a doctor, and his patients used to always send him weird things because we grew up in Tennessee -- so its country," Reese explained. "One year they sent a dead squirrel... as dinner. So we had it in the freezer for like three years... my brother and I were daring each other to touch it for like $10."

The country cutie also revealed where she keeps her "Walk the Line" Oscar. "I keep it in my front den," confesses Witherspoon. "We like to dress it up for Christmas. We put a little Santa hat on it and scarf because it gets cold." Reese also commented her "Line" co-star Joaquin Phoenix's announcement that he was leaving films -- which he broke to "Extra." Witherspoon said, "I didn't even know he said that... I hope not. He's such a great actor."

The actress and boyfriend Jake Gyllenhaal are no strangers to paparazzi attention, but Reese refuses to live her life constantly looking for a lens pointed at her. "I always ponder where they get the pictures," Witherspoon admits, "but I can't live my life looking in the bushes, wondering where they are. There are certain things I have to do to -- just avoid the obvious places."

Witherspoon has two children; Ava, 9, and Deacon, 5, with ex Ryan Phillippe, and she reveals that they haven't been bitten by the show biz bug. "I would want my kids to do whatever makes them happy," said Reese. "Right now they're not interested in acting, but they love to sing and play music."