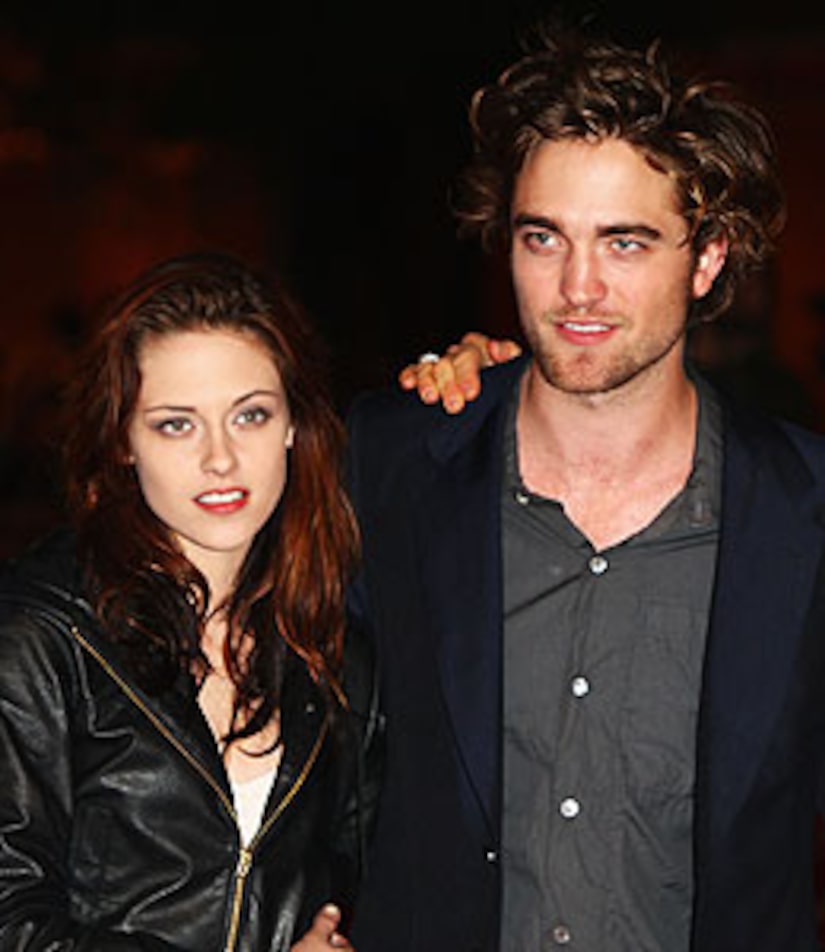 The hotly anticipated vampire flick "Twilight" has turned star Robert Pattinson into a bona fide heartthrob -- but the British actor confessed it was co-star Kristen Stewart that convinced him to take the role of vampire Edward Cullen!

"She's basically the reason I did the movie," Pattinson told Premiere.com. "When I got into the room with Kristen, there was just a certain chemistry -- and she's just very smart. She's really the best actress of her generation."

Pattinson continued, gushing, "I thought she'd fight to make 'Twilight' as serious as possible. She's a very cool person to work with."