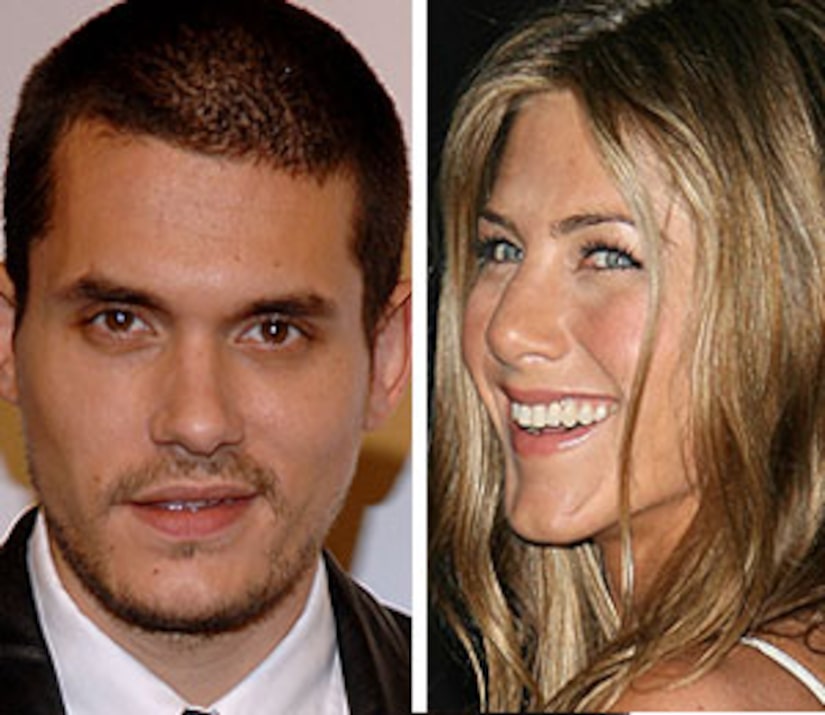 "It's really nice to have somebody in life have your back," Mayer said to People magazine. "That girl knows me, so whether I go to bed alone or not, to have somebody who knows you in this world, that's a really nice thing." Aniston recently told Vogue magazine that Mayer was "a wonderful guy" -- and the couple "adores one another."

The "Body is a Wonderland" crooner also spilled on rumors that he's set to follow in the footsteps of his "Friend" Jen and head to the small screen. "There are rumors -- I'm going to keep them rumors for the time being," John declares. "I want everything to be as baked as possible before it comes out of the oven."

If Mayer did appear on television, he states, "it would be nice to go back to a form of entertainment that doesn't involve judging and criticizing. I'd like to entertain people with their phones down. It's time to watch TV and be entertained by great artists without having to have a say in it."