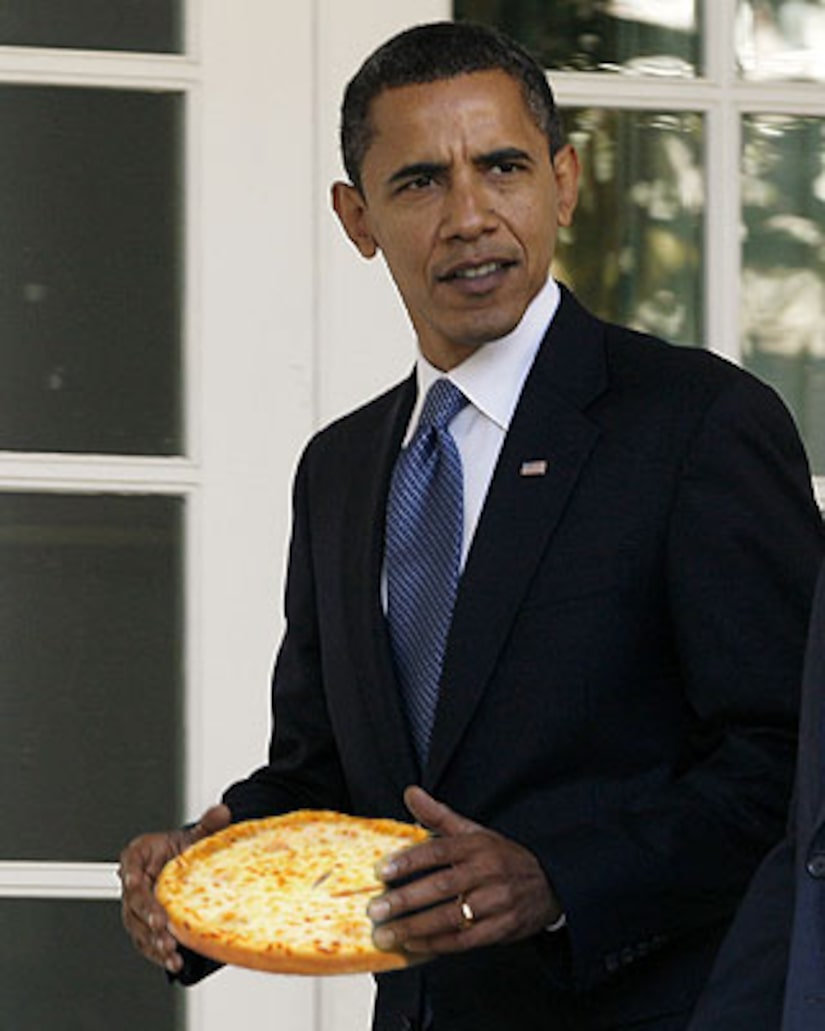 From Chicago to L.A., Obama has a favorite pizza joint! Anthony Ponce of NBC 5 in Chicago reports on their site that Barack Obama's favorite Windy City pizzeria, Italian Fiesta Pizzeria, is headed to Washington D.C., and Momlogic reports that Barack goes for Casa Bianca in L.A.'s Eagle Rock section!

Ponce writes on the station website, "A month before the election, owner Patti Harris-Tubbs got a phone call from the Ritz-Carlton in Washington, D.C., asking if she would be willing to come to the nation's capital to make her pizza if Obama won. She thought it was a joke, but when Obama won, the hotel emailed, offering to fly her and her husband to D.C. to serve their pizza at the Presidential Inauguration Expo, an event designed to preview food that will be served at inauguration time in January.

Obama has another favorite pizza joint -- and it's on the other side of the country. Momlogic.com says that Casa Bianca pizzeria in the Eagle Rock area of Los Angeles was a favorite of Obama's when he was an undergraduate student at nearby Occidental College.

Barack must love his pizza! To read a list of Obama's favorite Chicago restaurants, head over to Centerstage -- and to find out more about Casa Bianca and President-elect Obama's college pizza-eating days, head over to Momlogic!