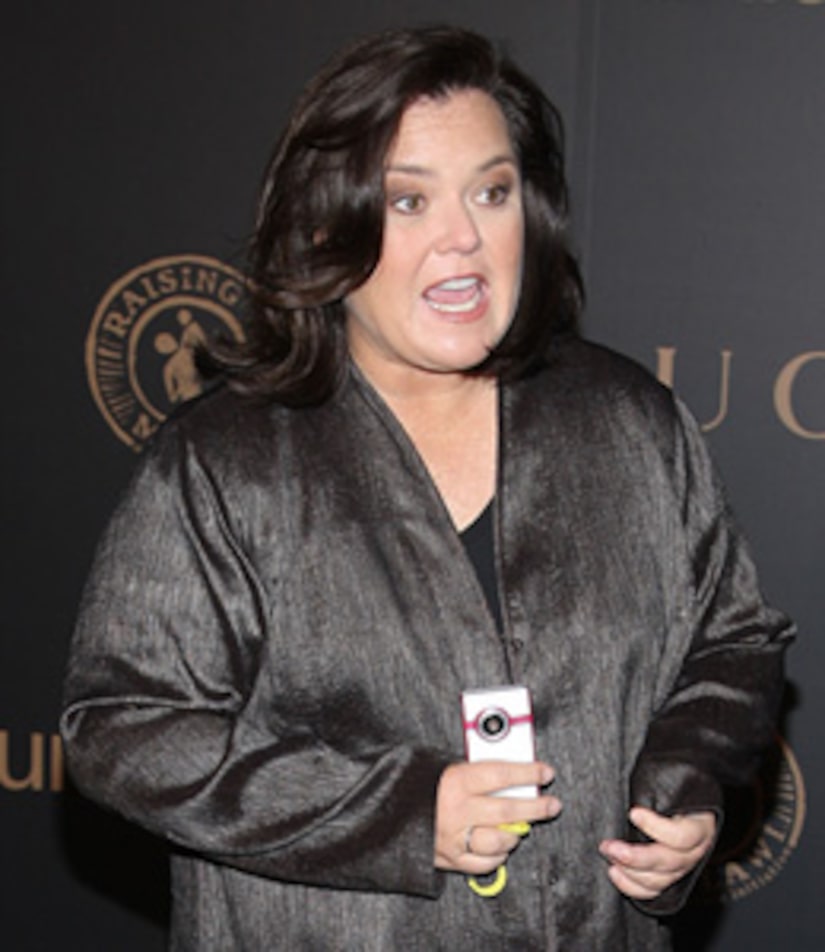 Outspoken liberal Rosie O'Donnell admitted to "Extra" she would like to get a drink with former Republican VP nominee Sarah Palin! During opening night of "Billy Elliot: The Musical," Rosie revealed, "I'd like to have a beer with her. I'd like to meet her kids. She seems like a pretty nice woman. Although I have to say, I am thrilled her party did not win... if McCain won, I would be in the depression unit of the ICU."

O'Donnell also reacted to the passing of Proposition 8 in California. "I was married four years and I was annulled three years ago, so for me this fight is not new. Prop 8 is nothing new for me. This has been a long journey... and eventually the world will catch up." In February 2004, O'Donnell and partner Kelli Carpenter entered into a union in San Francisco just two weeks after the mayor authorized the granting of marriage licenses to same-sex couples. The marriage was later determined to be legal under California law.