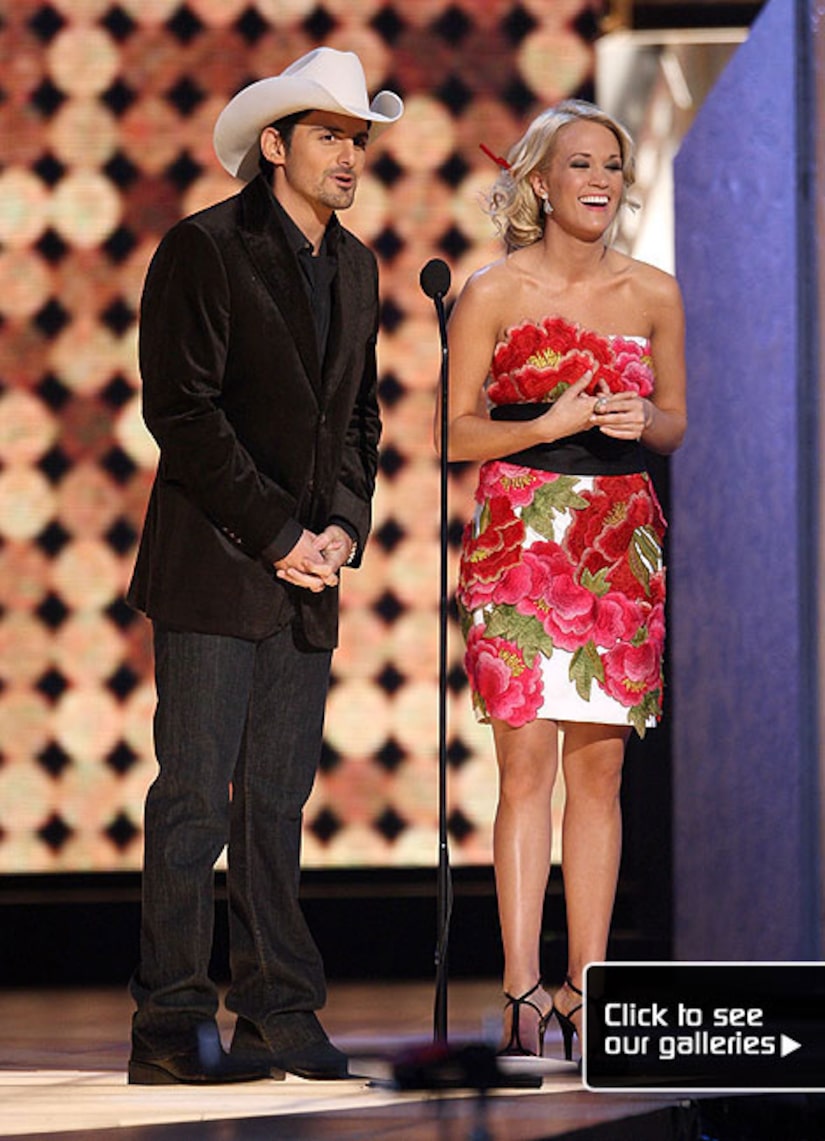 Kenny Chesney made it three in a row, picking up yet another Entertainer of the Year trophy at a glittering CMA Awards ceremony.

The "No Shirt, No Shoes, No Problem" singer walked on stage with his big black cowboy hat, saying, "As much as tonight is about awards, I really believe that being able to stand up here is more about great songs. This is my fourth time standing up here, and I'm really humbled by it." Chesney is tied with Garth Brooks for the record of the most wins in the category.

Brad Paisley worked the crowd, performed, and was one of the night's big winners, with his second Male Vocalist of the Year award and fourth Music Video of the Year Award. During his acceptance speech, the singer joked, "I won't take long. I've talked enough."

Paisley's co-host, Carrie Underwood, picked up her third consecutive Female Vocalist of the Year Award. The "American Idol" champ thanked the people who stood by her, "I got through here in an unconventional way and you guys didn't have to accept me."

The audience received a very special surprise from country's sex kitten Shania Twain. This was her first time returning to the CMAs since 2005 and Twain was welcomed back with a standing ovation.