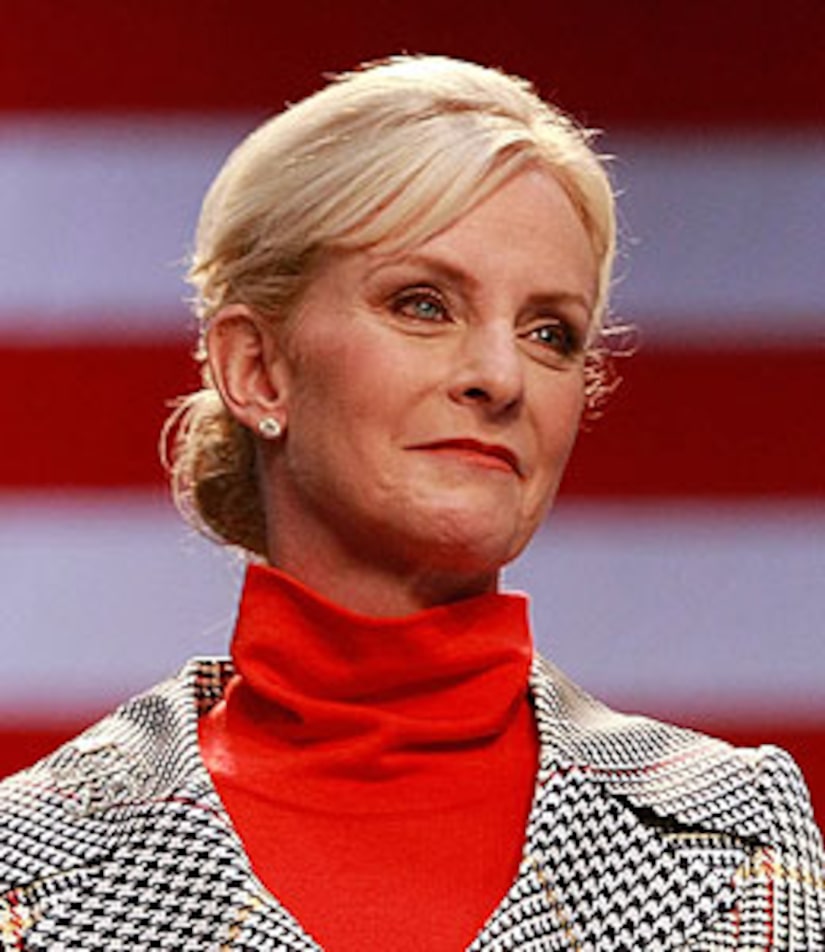 Her husband lost the presidential election last week, now Cindy McCain is facing a public scandal. The National Enquirer has made startling allegations against Cindy -- alleging that the blonde beauty is having a very public affair!

Although it can't be verified that it is Cindy in the pictures, the National Enquirer has released photos of a woman who looks like Mrs. McCain kissing another man. The grainy snapshots, allegedly of Cindy, were taken at a 2006 music festival in Tempe, Ariz. An onlooker claims to have seen the senator's wife with a mystery man at two other concerts in 2005. He is described as resembling a washed-up 80's rocker.

During the GOP's presidential campaign, Cindy told "Extra" that her bond with John was strong. "We have a wonderful family," said Mrs. McCain. "Being the last person he talks to at night, and the first person in the morning -- makes a big difference."

John McCain is 72, Cindy is 54. The McCain camp refuses to comment on the story.