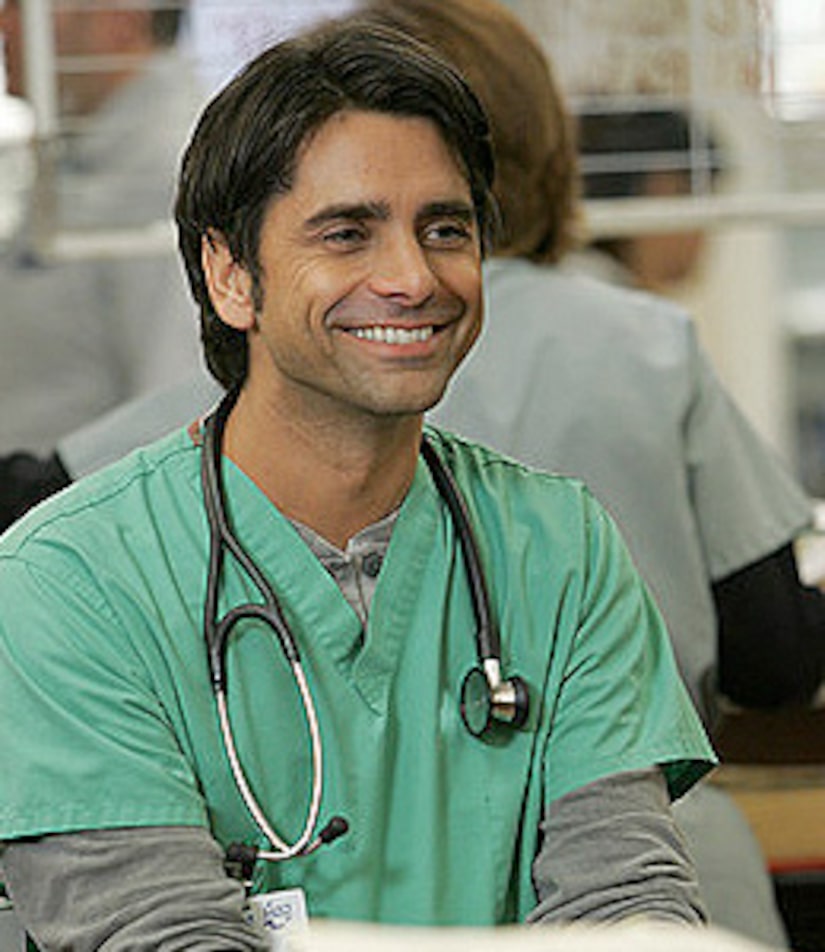 Sexy "ER" doc John Stamos tells "Extra" which Oscar winner convinced him to the sign on to the cast of the hit medical drama. Stamos was out to lunch with pal George Clooney when Clooney said, "You should go and do 'ER!'" George played heartthrob Dr. Doug Ross from 1994 to 1999. Stamos hopped on board as Dr. Tony Gates in 2006.

The handsome star is grateful for Clooney's tip, "I think I've learned more on this show than I have in my twenty-five years of being in the business. It's been a real honor to be on this show."