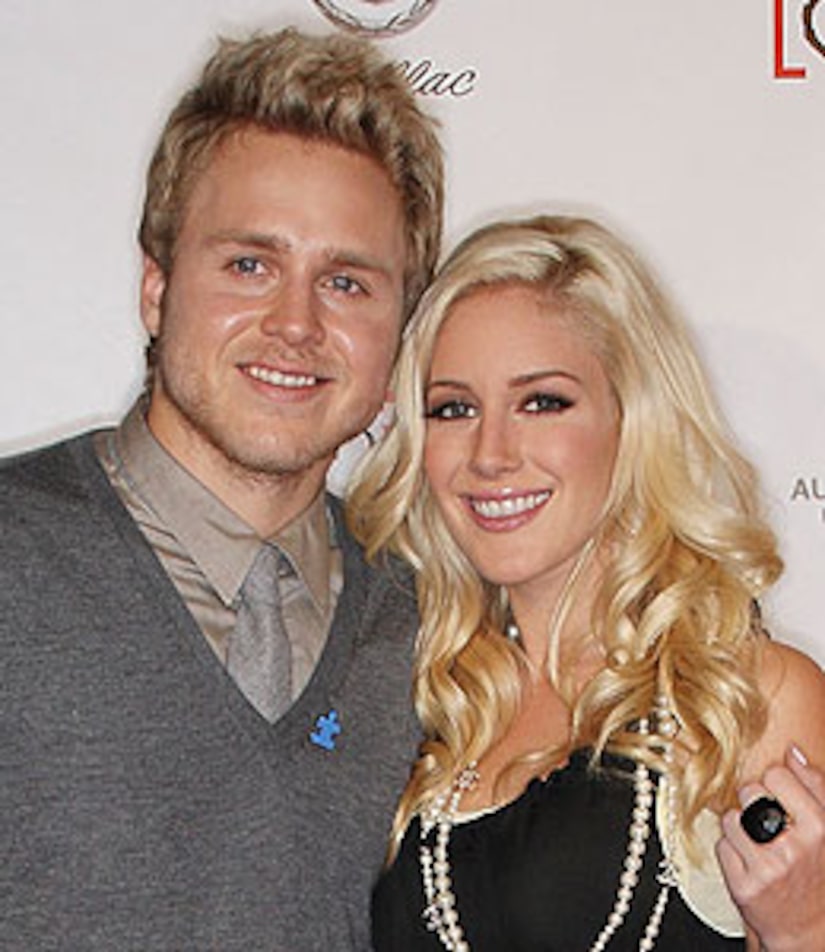 "The Hills" is just too small for Heidi Montag and Spencer Pratt's star power -- the reality couple just snagged a guest spot on the comedy series, "How I Met Your Mother."

"Heidi and I are honored to be part of such a successful show," Pratt told Us Weekly. He jokingly added, "I don't want to give anything away, but I'm the mother."

"We can confirm that Heidi and Spencer will appear on the show, but we can't give away anything specific about the episode," Co-creator and Executive-Producer Craig Thomas revealed. "All we can say is that they play themselves."

The fair-haired duo joins Britney Spears on the list of high-profile celebrities to appear on "HIMYM." The "Womanizer" singer appeared in two episodes of the CBS show, and is up for a People's Choice Award for Favorite Scene-Stealing Star.