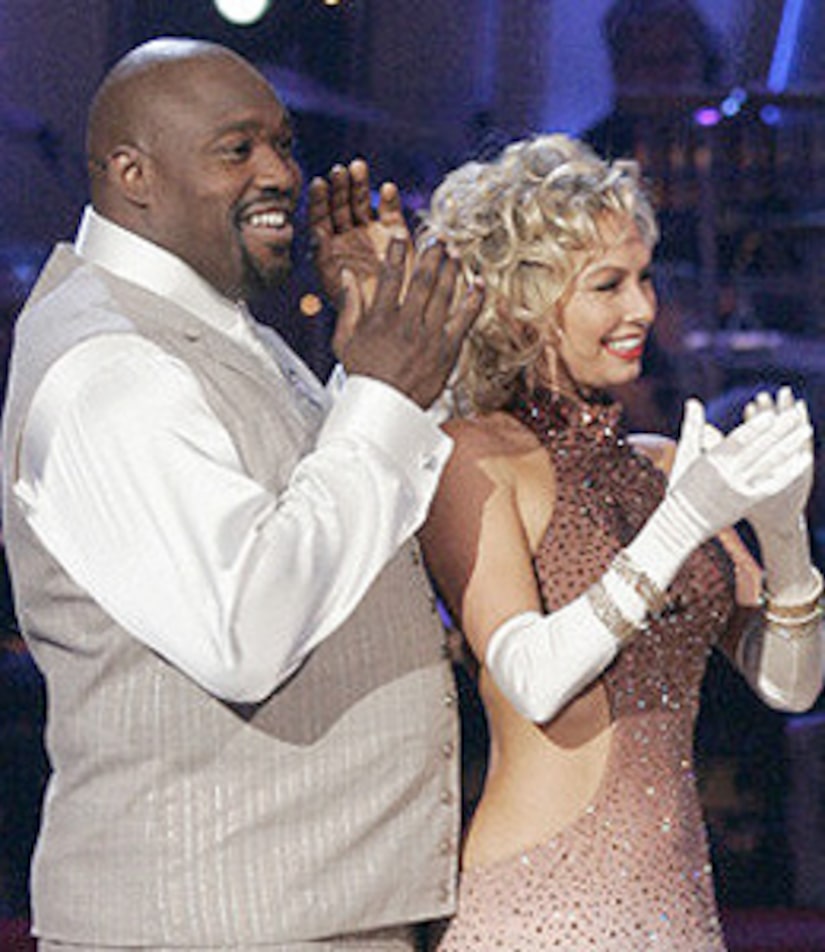 Last night's "Dancing with the Stars" brought a new addition to the competition -- 15-second solos! This was a way for some stars to been seen... and for others to receive lower scores.

First place still belongs to the only female star left in the competition -- Brooke Burke, who delivered an amazing tango. Hip-shaking is what this star does best, but judge Len Goodman wants to see more, "I'm going to start treating you like a professional." Brooke scored 55 points during Monday night's show.

Then it was comeback time for former footballer Warren Sapp. The retired defensive tackle didn't let his big feet get in the way during his solo. He received a perfect 10 during his ballroom routine for a total score of 54 out of 60. Judge Carrie Ann Inaba was thrilled, "Someone brought his sparkle game back on the floor!"

Former boybander Lance Bass and partner Lacey Schwimmer left their usual upbeat playfulness at home, but were still able to keep the judges happy. The duo received 50 points at the end of the night.

Track star Maurice Greene received plenty of praise from the judges for his paso doble, but that wasn't enough. Maurice scored an average 48 points tying with "Hannah Montana's" Cody Linley, who clearly misses his regular partner Julianne Hough. Replacement partner Edyta Sliwinska has a different way of choreographing routines, and the two don't share the same chemistry he has with Hough.

One more star has to pack their bags before semi-finals start up next week. Find out who gets the boot tonight on ABC.