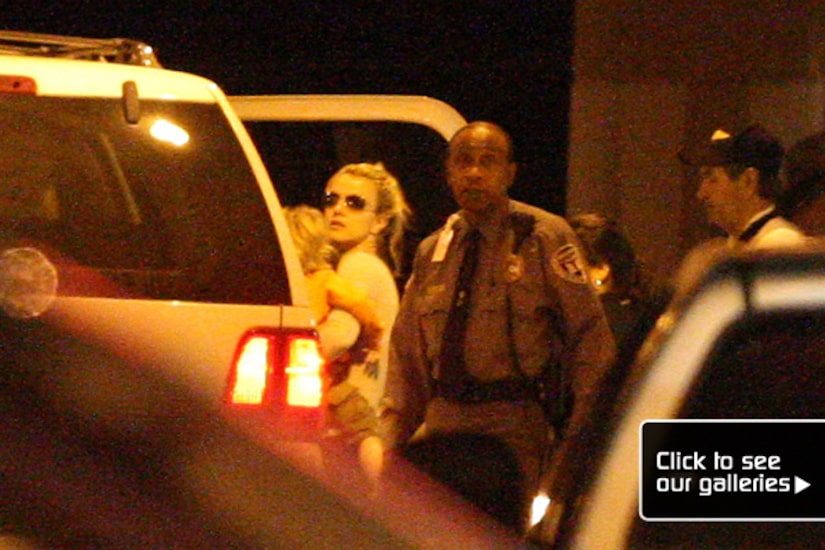 According to a post on BritneySpears.com, the 2-year-old tyke is doing well -- and was snapped in the "Piece of Me" singer's arms last night as they left the hospital. "A source close to the Spears family has told us that Britney and family have left the Southwest Mississippi Regional Medical Center," the update reads. "Jayden is fine."

The Spears clan rushed Jayden to the hospital yesterday after he suffered from an allergic reaction, due to something he ingested.