After jetting to Louisiana to visit her family this weekend, Britney Spears rushed youngest son Jayden James, 2, to the hospital after suffering from a severe allergic reaction -- to what is unknown. 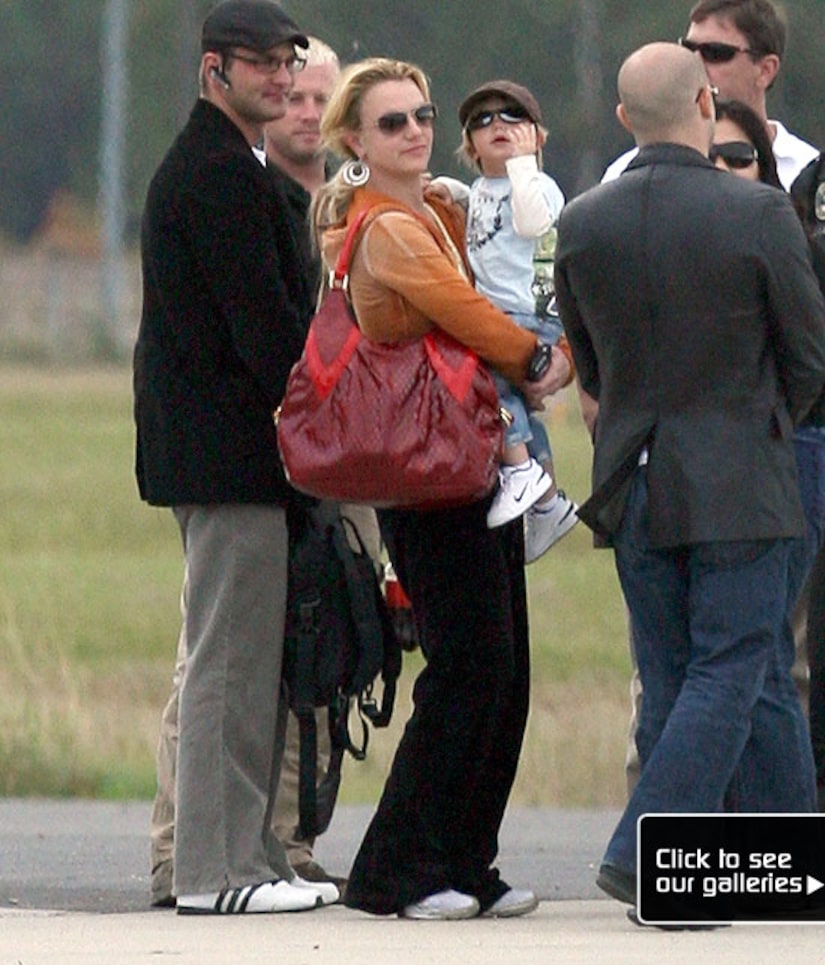 "[He had] a terrible allergic reaction. He had hives, was itchy and irritable," a Spears source tells People magazine of the incident. The pop mom reportedly raced the tot to the E.R. after he fell into a "vague and unresponsive state" while with her family in Kentwood. According to reports, the doctors have not been able to pinpoint Jayden's problems -- and requested that he stay in the hospital overnight.

The tot is reportedly recuperating nicely after his brief stint in the hospital. "He's doing fine," said the Britney pal.

Reps for Kevin Federline and the Spears family had no comment.

UPDATE: Britney has released a statement to BritneySpears.com regarding Jayden's hospitalization. It reads: "Jayden James Federline was admitted to the Southwest Mississippi Regional Medical Center on Sunday, November 9th. Doctors concluded he had a reaction to something he ingested. He is expected to be discharged tomorrow."