President-elect Barack Obama and future First Lady Michelle are headed to 1600 Pennsylvania Ave. today to check out their new home. 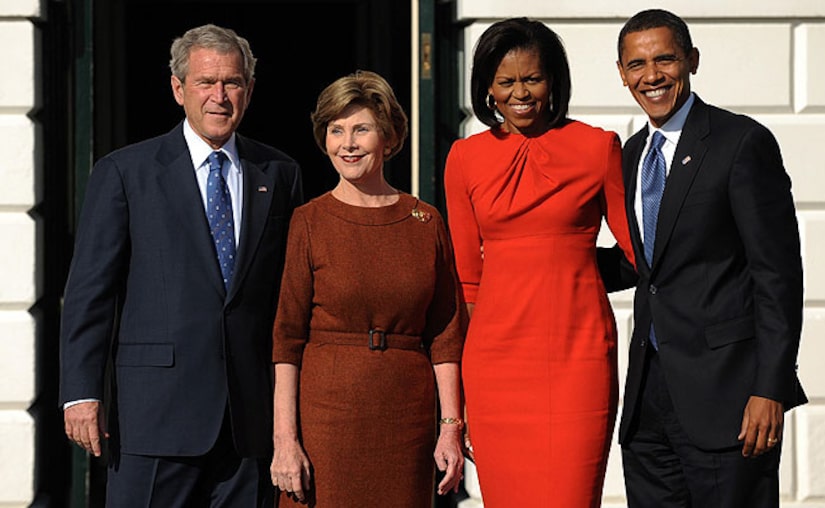 President George W. Bush has invited his successor to the White House to plan for what both men hope to be a smooth transition. The current president announced that he has plans for an impeccable hand-off of power to Obama, telling his Cabinet last week, "This peaceful transfer of power is one of the hallmarks of a true democracy."

The future Commander-in-Chief echoed George W.'s sentiments of unity. "I'm going to go in there with a spirit of bipartisanship, and a sense that both the President and various leaders of Congress all recognize the severity of the situation right now and want to get stuff done," Obama told AP last week, when asked about his meeting with Bush.