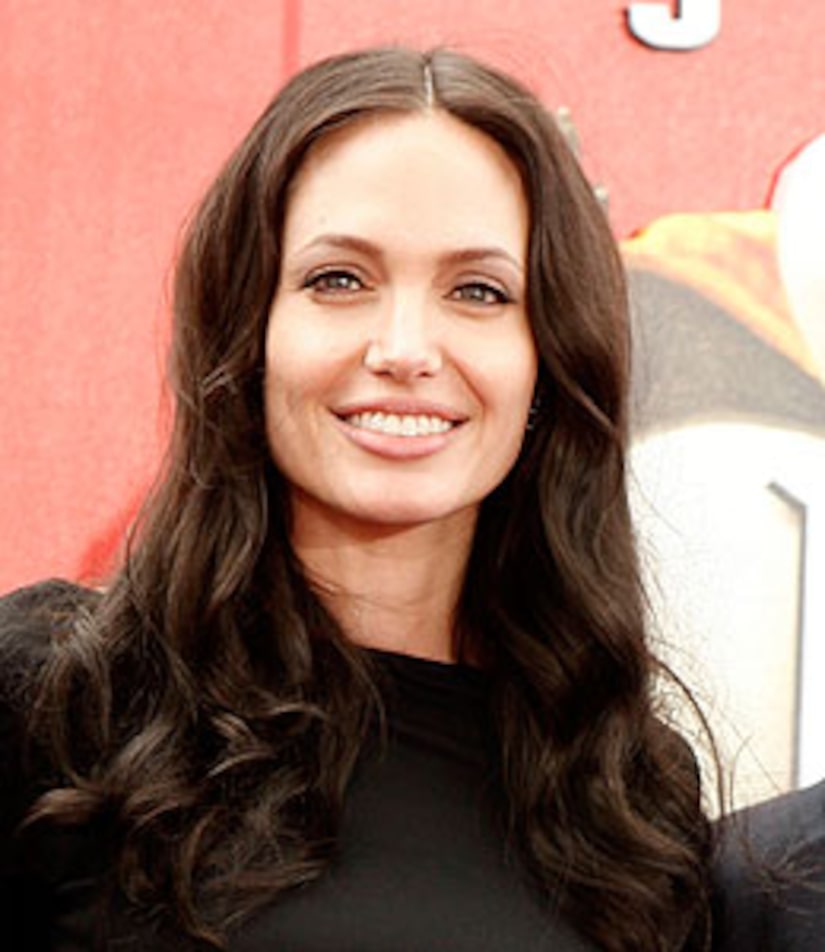 "Extra" caught up with Angelina Jolie at the DVD launch for her flick, "Kung Fu Panda" -- and the Hollywood star opened up about the intimate photos taken of her by partner Brad Pitt.

"I was happy I got to work with my favorite photographer," said Angie at the event, which celebrated the sequel of "Kung Fu Panda," titled "Secrets of the Furious Five". "I think he's a really great artist and I have the fortune of living with someone who I respect so much. We got to stay home and play with the kids -- easy day at work."

The mother-of-six looked radiant at the event -- and revealed her secret to looking good while chasing her brood! "A lot of good under-eye concealer," Jolie laughed.

The "Changeling" star also praised colleague Jack Black for his work in "Kung Fu Panda" -- and admitted that the funnyman is extremely popular in her home. "It's huge in my house -- it's everything," Angelina says of the animated film. "Jack Black is DeNiro and Brando in our house. He's like, the man!"

Twins Knox and Vivienne are only four months old -- and Jolie admits that the plans for more children have yet to be set. "It'll be a giant surprise for all of us," Angie responded, when asked if she plans to adopt again or have another natural child. "We'll see what happens."

Angelina has enjoyed box office success, critical acclaim, family blessings -- and the actress knows not to take her good life for granted. "I'm one of the most fortunate people in the world. My children are healthy. I have love in my life. I have no reason to be anything but very grateful and happy so I'm a lucky woman."