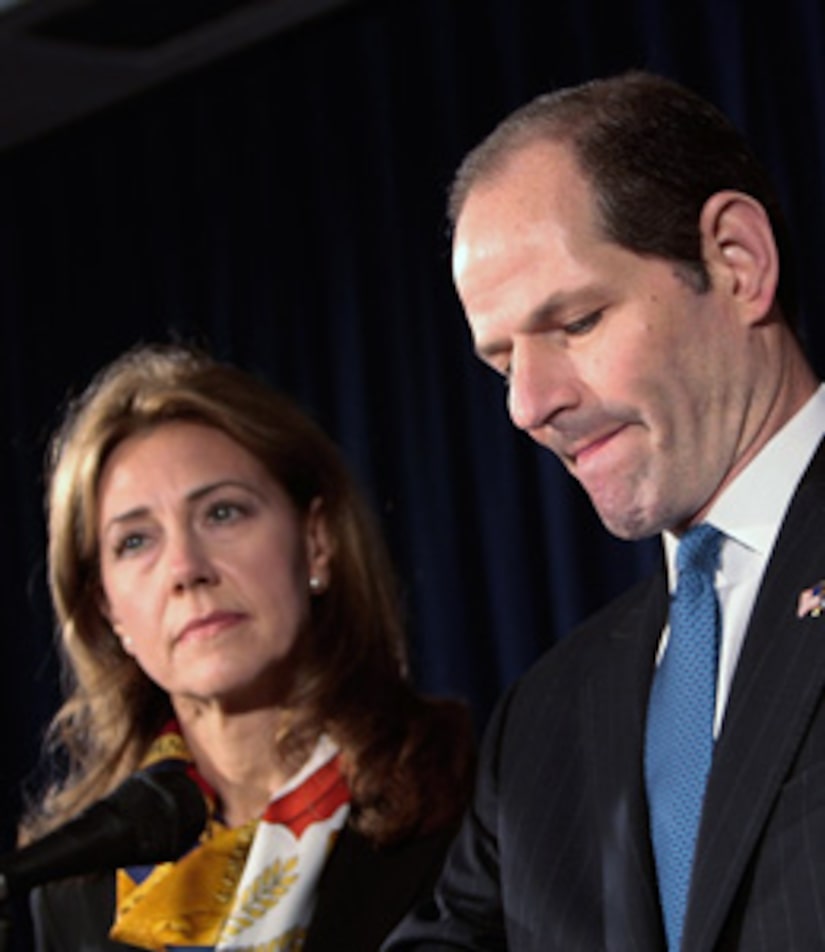 That's a no! The two are still together. Spitz and wifey Silda recently celebrated their 21st wedding anniversary.

Yesterday, prosecutors announced the ex-politician would not face criminal charges for his involvement in the sex ring. He released a statement saying: "I appreciate the impartiality and thoroughness of the investigation by the U.S. Attorney's Office, and I acknowledge and accept responsibility for the conduct it disclosed."

Eliot is off the hook -- and hopefully off of hookers!