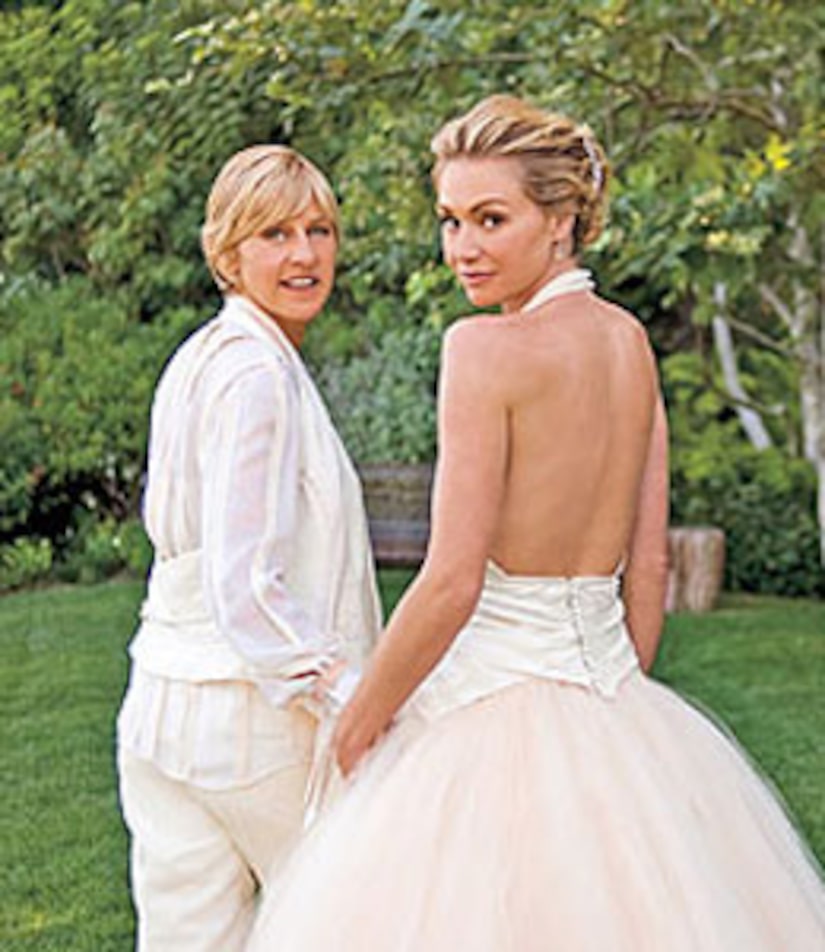 Talk show queen Ellen DeGeneres and wife Portia de Rossi tied the knot earlier this year -- but will the passing of California Proposition 8 nullify their marriage?

That's false -- the couple's legal union will be honored. Prop 8 is a constitutional amendment banning gay marriage in California -- but same sex couples who wed before the proposition passed on Tuesday will not be affected.

The Emmy winner issued this statement after it was announced that the proposition had passed: "This morning, when it was clear that Proposition 8 had passed in California, I can't explain the feeling I had. I was saddened beyond belief. Here we just had a giant step toward equality and then on the very next day, we took a giant step away.

She continued, "I believe one day a 'ban on gay marriage' will sound totally ridiculous. In the meantime, I will continue to speak out for equality for all of us."