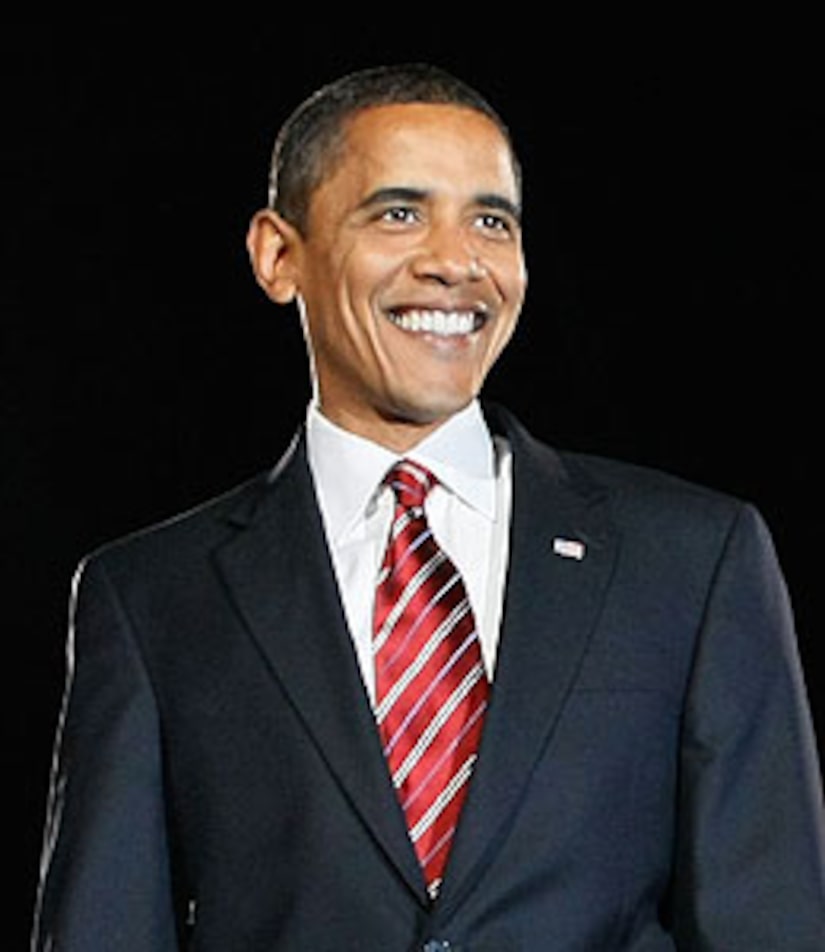 Plans for the Obama administration are already underway -- and rumor has it that Barack will ask some Kennedys to join him in the White House!

JFK's daughter Caroline -- who headed Obama's VP Search Committee -- remained mum when NY paparazzi asked her about rumors that she's been selected to serve in Obama's administration, perhaps in the post her grandfather Joseph P. Kennedy once held, Ambassador to Great Britain.

While Caroline's lips were sealed, Will Smith couldn't contain his emotion on Oprah's show. "Oprah, I'm an action hero, I can't be crying on your show," said the "Hancock" star, revealing that Winfrey wasn't the only one feeling teary-eyed on Election night.

Lady O shed some tears with "Extra" correspondent AJ Calloway, telling him that she's kept in contact with Obama via e-mail since she began stumping for his campaign. "I don't speak to him as much as we e-mail," confessed Oprah, laughing. "I'm just hoping the email address does not change -- that's what I'm hoping."

Winfrey won't have an official role in Barack's administration. Obama announced that his pick for Chief of Staff is Rahm Emanuel -- a Congressman and longtime friend of Barack -- whose brother Ari inspired snarky agent Ari Gold on "Entourage"!

P. Diddy celebrated the win on Tuesday night, and his 39th birthday! "That was my birthday present from the world," Diddy reveals. "I made a wish, and the world gave me the first black president. Thank you, world!"

Michael J. Fox also expressed his joy about the new family at 1600 Pennsylvania Avenue. "It was really cool," said the actor. "I had my 'Barack to the Future' t-shirt on."