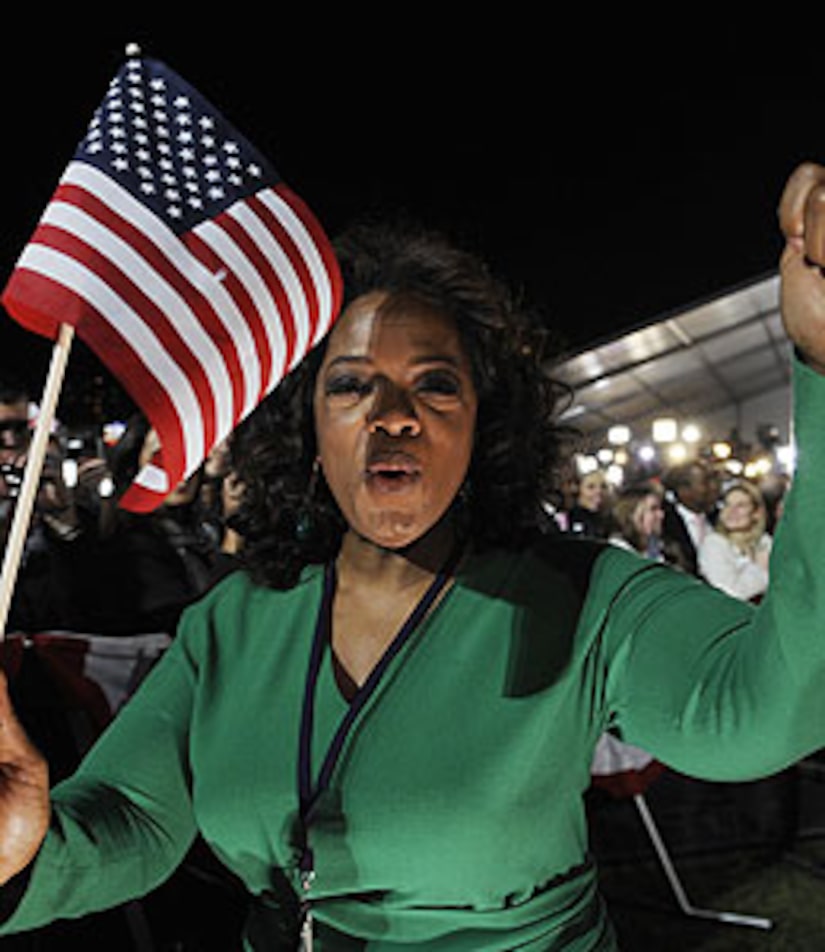 From the City of Angels to Chicago, Hollywood's finest toasted and cheered the man who will be President of the United States -- Barack Obama.

George Clooney released a statement shortly after it was announced that the Illinois senator is headed to the White House, saying, "I congratulate President-elect Obama on his historic victory, and now it's time to begin unifying the country so we can take on the extraordinary challenges that this generation faces."

A tearful Oprah Winfrey joined the crowd of over 100,000 at Grant Park in Chicago to hear Barack give his victory speech. "I feel a deep sense of pride -- I feel a deep sense of appreciation," Winfrey tells Time magazine. "His steadfast calmness throughout this whole thing has shown all of us what it means to be a leader. I mean, that's who I want leading this country."