Election Day is upon us, and "Extra" is peeking into the trinkets, good luck charms and rituals that the candidates will use to get votes! 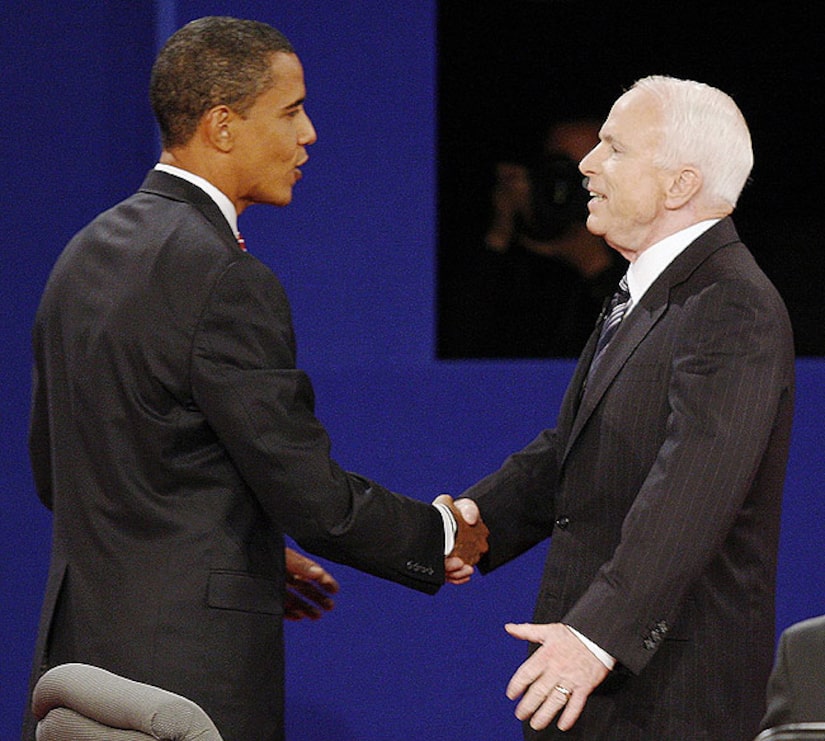 Presidential candidates John McCain and Barack Obama both have tried-and-true superstitions that have seen them through various political battles. According to the NY Daily News, the GOP nominee is famous for his lucky charms -- including a compass, a feather, blue sweater, shoes, a penny and a lucky rubber band that he's known to wear around his wrist.

Democratic nominee Barack Obama has his own set of superstitions, including an American eagle pin, a small image of a Madonna and child, and a figurine of a Hindu monkey God.

How are they spending Election Day? The Arizona senator has planned a night at home with wife Cindy, where the two will watch a movie as the poll results come in. The Illinois senator will shoot some hoops today -- and jokingly told Ryan Seacrest, "Hopefully, I don't break my nose for the big night or get an elbow in the teeth."