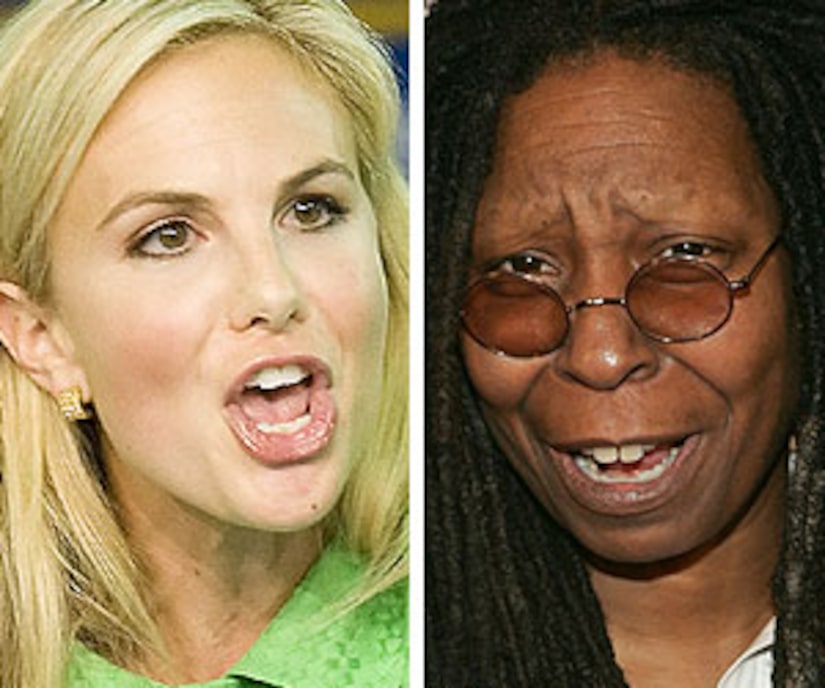 The hostesses on "The View" have overheated during political debates this year -- and Election Day proved to be no exception!

Left-leaning hostesses Whoopi Goldberg and Joy Behar got into it again with conservative colleague Elisabeth Hasselbeck over Barack Obama's controversial former pastor, Jeremiah Wright. At one point, Goldberg snapped, "I'm trying to educate you!" Hasselbeck shot back, "I don't need an education" -- to which Whoopi exploded, "Well, you do!"

The former "Survivor" took on the rest of her more liberal fellow hostesses regarding the integrity of both John McCain and Barack Obama -- leading up Joy Behar's dramatic walk off the stage!

When it seemed the dust had settled, longtime Republican Dennis Hopper came on the show and revealed that he cast his vote for Barack because McCain chose Sarah Palin as his running mate, saying, "I voted for Obama. Palin finally sent me over to the other side."