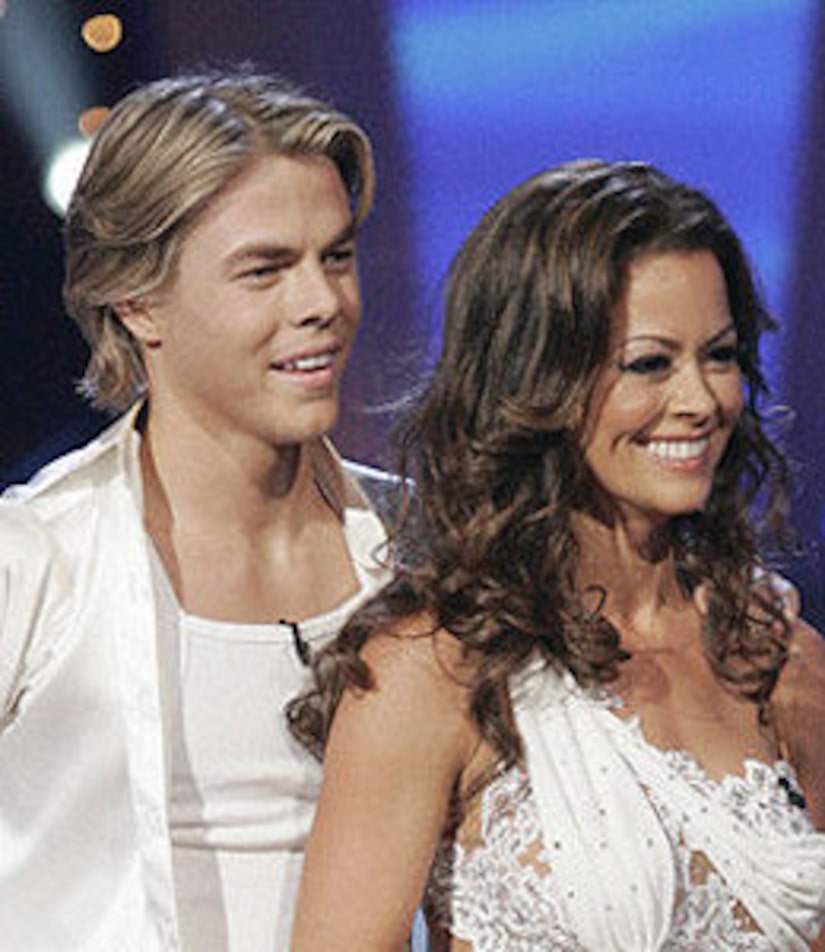 "Dancing" queen Brooke Burke continued her reign over the dance floor last night by earning the first perfect score of the "Dancing with the Stars" season with a jazzy foxtrot.

Burke and partner Derek Hough earned rave reviews from the judges -- and the fair-haired Hough paid the model a rarely heard compliment during rehearsals, telling Brooke, "There are moments in there when I feel like I'm dancing with a professional." Judge Bruno Tonioli called the quick-footed number "a gobsmacking, beautiful performance from start to finish."

No one will be going home tonight, due to the presidential election coverage, but "DWTS" resumes Wednesday night, when one more dancer will be asked to leave the floor.