Essence.com captured this photo of Barack Obama leaving his plane in North Carolina after learning of his grandmother's death. 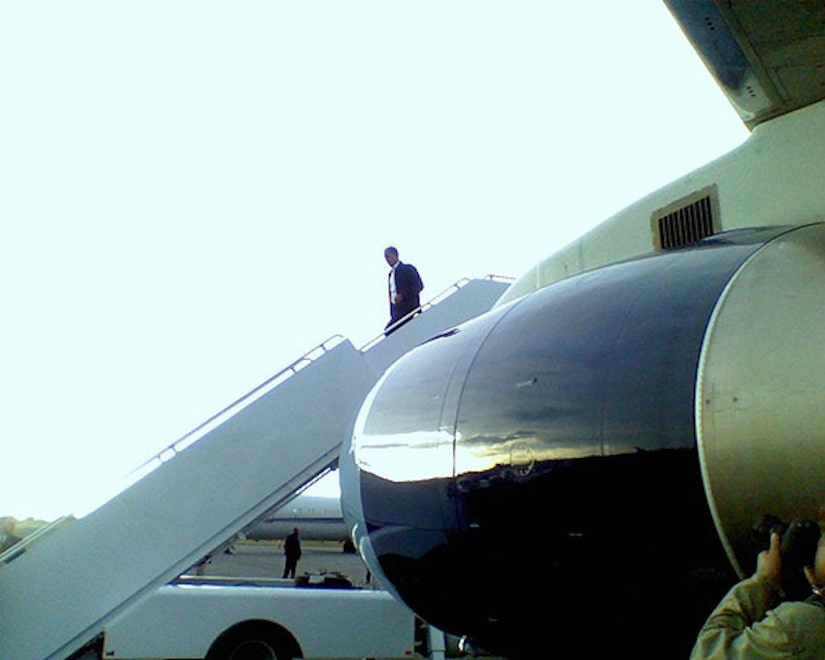 According to Essence,, it took some time for the Senator to emerge from the plane, leaving the press wondering why. Reporters now believe he had just received the news.

Madelyn Payne Dunham, whom Barack has called a "surrogate mother," passed away today at the age of 86. The presidential hopeful released a statement with his sister, Maya Soetoro-Ng, calling her "the cornerstone of our family, and a woman of extraordinary accomplishment, strength, and humility."

For more of Essence's coverage of the election, click here.