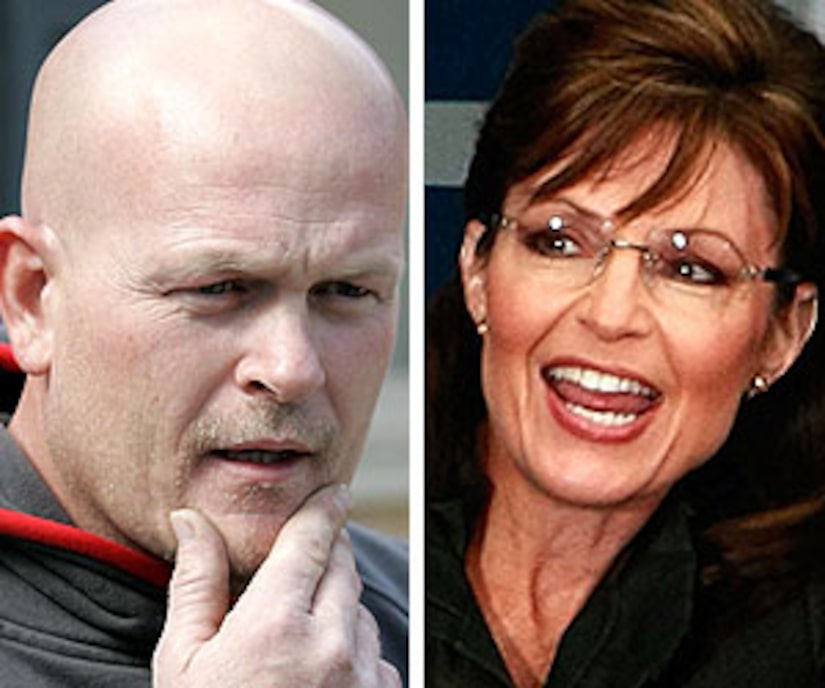 With the election one day away, Joe Wurzelbacher came to "Extra" -- and gushed about GOP VP pick Sarah Palin, including defending the Alaska governor against her pricey clothes critics!

"She ain't wearin' Christian Dior when she's out there in the field huntin' a moose, I'll tell you that," the plumber confirmed. "I got to meet her, and I tell you what -- she's on fire."

Joe also slammed rumors that he's looking for the limelight by kicking off a country music career. "It's not true," Wurzelbacher confesses. "I love singing it, but no one likes hearing me sing it."

MSNBC anchor Rachel Maddow joined Joe by weighing in on Palin's success -- and referred to the "SNL" skit in which Tina Fey poked fun at reports stating Sarah is eyeing the White House for herself in 2012! "Maybe 2012, maybe a TV show," says Maddow. "Mostly I think she's angling to get herself into the White House somehow."