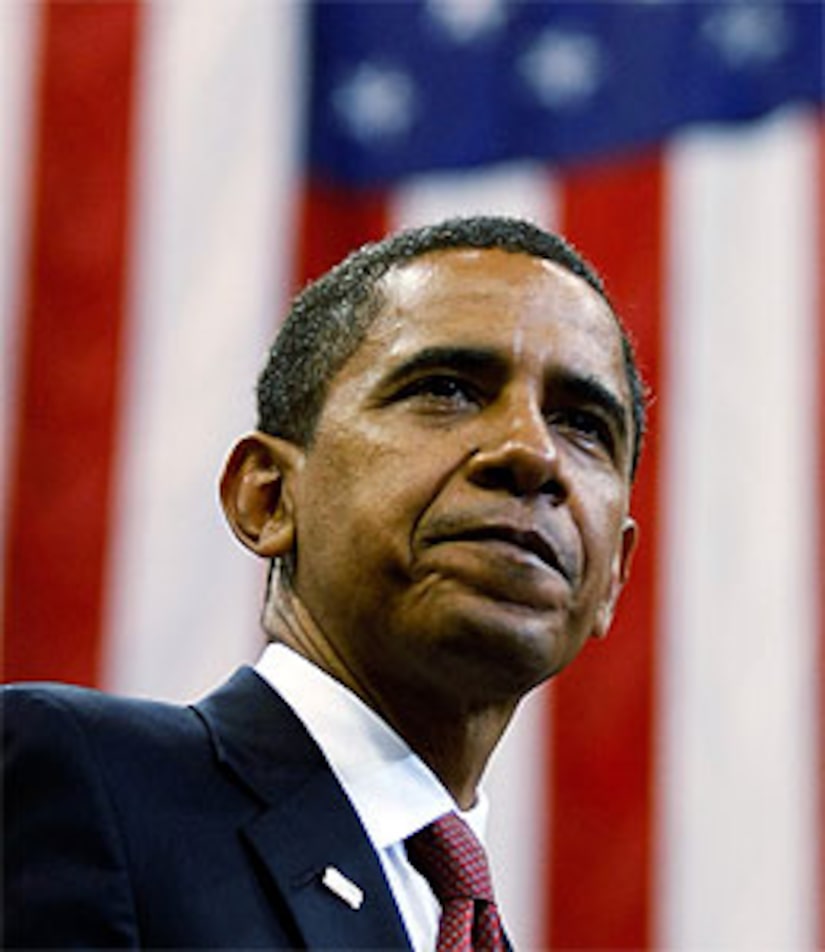 Just one day short of Election Day, presidential candidate Barack Obama has announced that his maternal grandmother, Madelyn Dunham, has died of cancer.

In a joint statement released with his sister Maya Soetoro-Ng, Barack said, "She was the cornerstone of our family, and a woman of extraordinary accomplishment, strength, and humility. She was the person who encouraged and allowed us to take chances."

The senator is in his final campaign swing for the White House. Just two weeks ago, Obama took a two-day hiatus to visit his ailing grandmother in Hawaii -- and related the emotional visit in an interview with "Extra." "She's not doing well," the senator admitted after his trip, "so it was important for me to make sure I saw her because she really was one of the three people who helped raise me when I was a kid.

Before leaving Hawaii, Barack tells "Extra" that his grandmother gave him parting words for him to think about. "She said, 'Just don't make too much of a fuss about me -- just go and finish what you need to do.'"

Obama has described Dunham as a surrogate parent. She was 85.

Cindy and John McCain issued a statement saying: "We offer our deepest condolences to Barack Obama and his family as they grieve the loss of their beloved grandmother. Our thoughts and prayers go out to them as they remember and celebrate the life of someone who had such a profound impact in their lives."