Super scruffy Joaquin Phoenix showed off a (backwards) message on his knuckles last night at the AFI Fest in Hollywood. Phoenix displayed "BYE!" on his right hand and "GOOD" on the left after recently dropping the bomb that he planned to leave show biz. 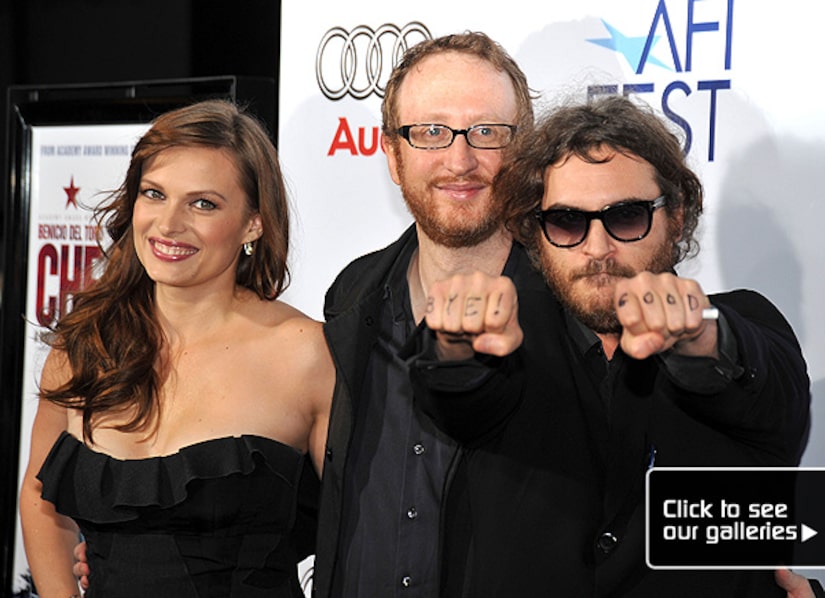 Joaquin posed for pics with his "Two Lovers" co-star Vinessa Shaw and the movie's writer and director James Gray.

Last week at a Paul Newman benefit, the Oscar-nominee told "Extra's" Jerry Penacoli he was planning to retire from acting to work on his music.