Barack Obama went out last night for Halloween -- but the Senator was not in the mood to go trick-or-treating with any photogs! 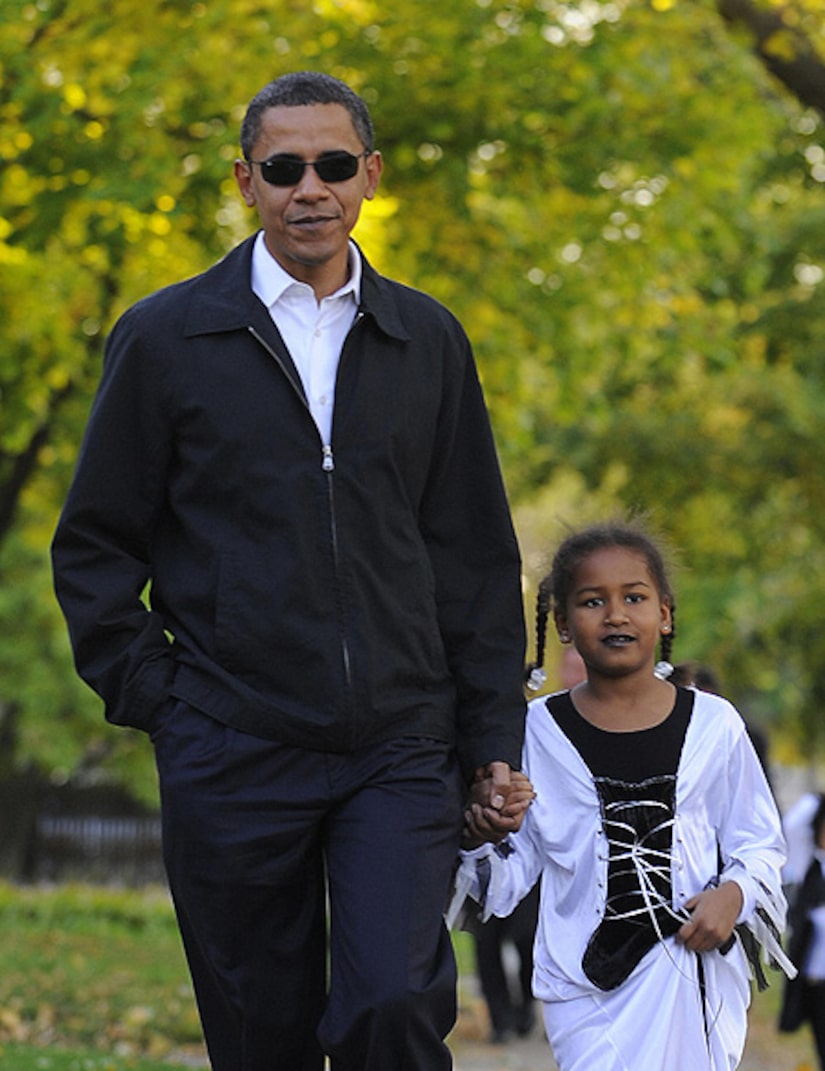 Obama walked his smiling 7-year-old daughter Sasha to a Halloween party in Chicago yesterday. Sasha was dressed in her corpse queen costume while Obama hid behind a pair of shades. The Democratic candidate became annoyed when photographers refused to stop following him and his daughter. "You got a shot," he told the photographers. "Leave us alone. Come on, guys."

Obama got irritated and began jogging with Sasha to get away faster. They rushed inside the party hosted by Marty Nesbitt, a friend and treasurer of Obama's presidential campaign.