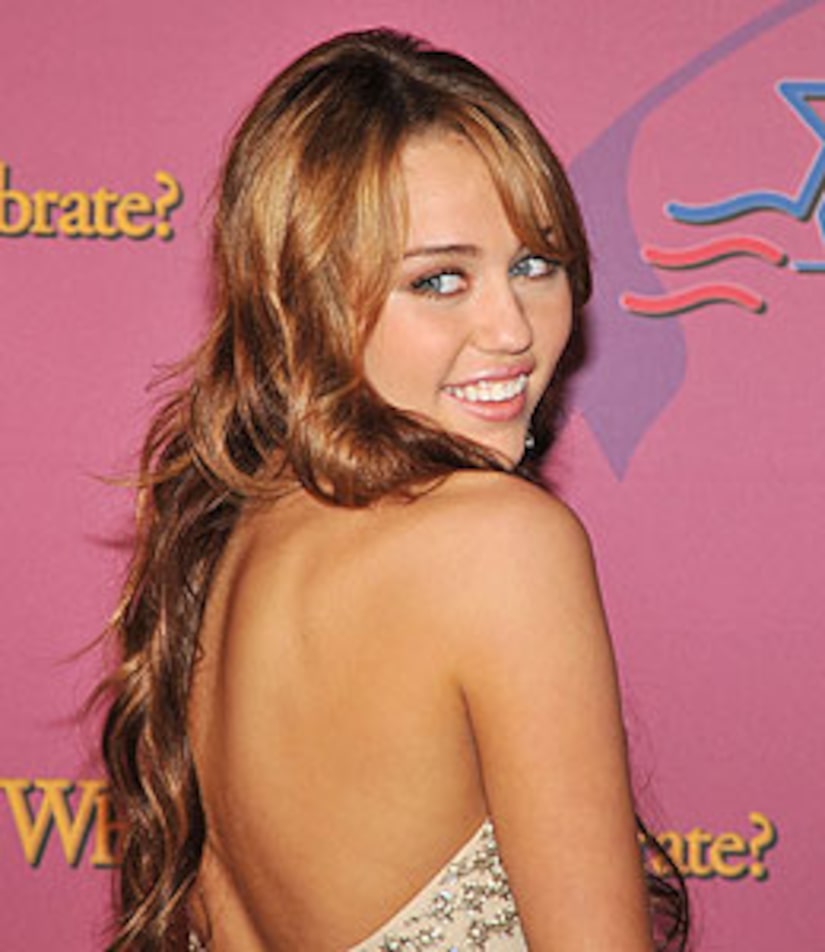 Star Miley Cyrus joined Mario Lopez as a guest co-host of "Extra" -- and gave us a sneak peek at season three of "Hannah Montana." The teen queen opened up about rumors she's leaving the Disney show, how she's pleading for a car -- and why she wishes she had "just shut up" about her rumored beau!

Cyrus has been snapped with 20-year-old model Justin Gaston, sparking rumors the two are an item. Miley admits to "Extra" that she regrets saying she and Justin were "really happy" together. "It's hard, because anytime you say anything it's like the next day -- Google alert!" Miley exclaims, "Oh my goodness, I wish I would have just shut up -- everyone else is in a frenzy about something that meant nothing for you to say."

The "See You Again" singer also denies reports that she's moving away from the "Hannah Montana" franchise. "No! We've got too many episodes to finish... I am staying with the show. It's so much fun. We have a really good time -- as much as it's really hard work, it's really great."

Miley's sweet sixteen is approaching on November 23, and the actress reveals she's desperate for her own set of wheels. "I am begging," Cyrus confesses, "I got to go take my test first -- I don't really want to go get my picture taken." Miley jokes, "Its like, really hard to pick out your outfit. I was the dummy that asked, 'Can you give your own picture?'"

The Disney sweetheart will perform at the American Music Awards on her birthday, November 23. "I get to go to Nashville in a couple of week and that's my birthday present -- to go back home."