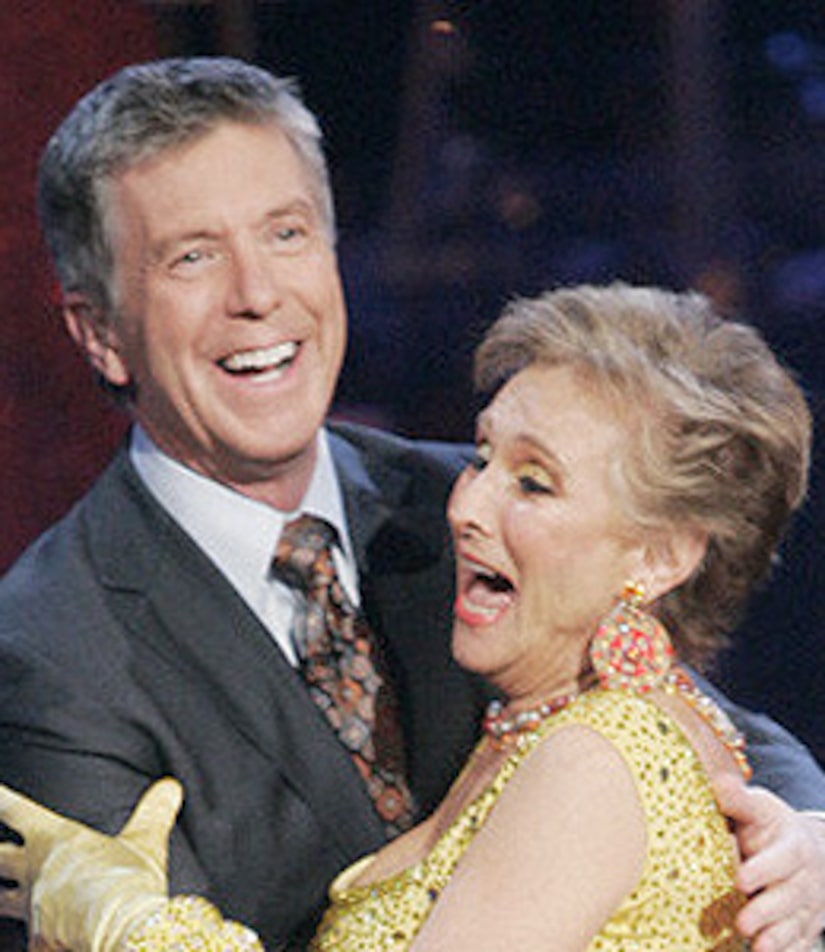 After a nearly miraculous series of appearances, 82-year-old comic actress Cloris Leachman was voted off "Dancing with the Stars" last night. Leachman and pro partner Corky Ballas were in the bottom two alongside Susan Lucci and Tony Dovolani.

Leachman and Ballas scored a weak 15 for their Cha-Cha-Cha, last among the other competitors. During the entire competition, the couple had a difficult time staying out of the bottom two, but home voters kept them returning.

Cloris wasn't keen on the idea, saying, "You know, I'm not leaving. I'm going to get a pretty costume and be here next week. I'm going to sit right over there," as she pointed to a seat in the audience.