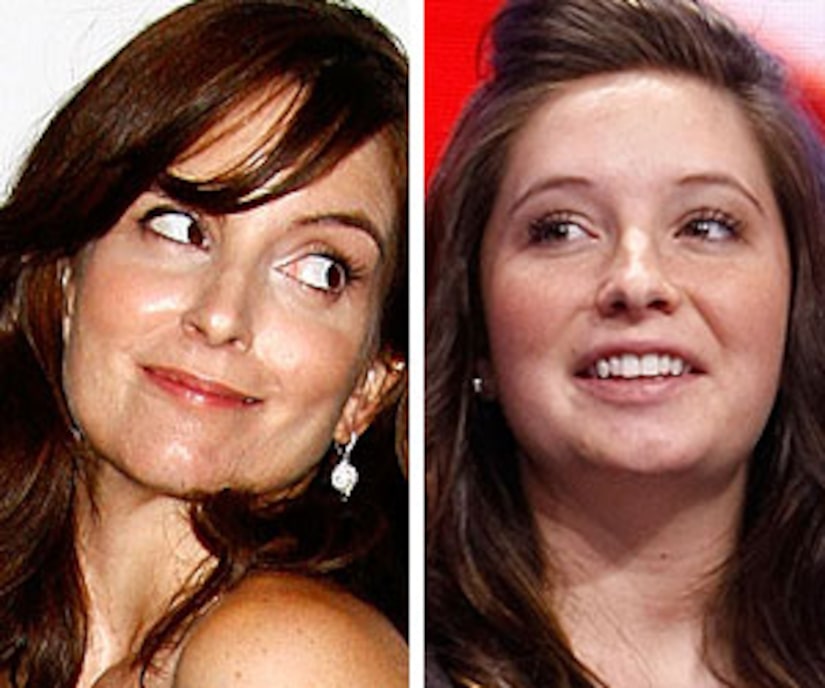 Sarah Palin and Tina Fey not only look alike, but they both work double-duty with full-time jobs and kids at home, but did the Alaska governor really offer up her pregnant daughter Bristol to baby-sit the "SNL" star's daughter?

That's a yes! Fey reportedly had trouble finding a sitter for her 3-year-old daughter Alice on the night of Palin's "Saturday Night Live" cameo -- and the GOP VP pick offered up her daughter's babysitting services.

"She offered Bristol Palin to baby-sit Alice," Fey told "Late Night" host Conan O'Brien. "It was Bristol's birthday and I was, 'Yeah, that's exactly what 17-year-old Bristol Palin wants to do at 'SNL' -- baby-sit the toddler of the lady who goofs on her mom!'"

Babysitting aside, MSNBC rising star Rachel Maddow tells "Extra" she believes Tina's impressions of Palin could pay off for the GOP at the ballot box. "It was sort of a bullseye in terms of political comedy," said Rachel. "I think it helped Sarah Palin more than it hurt her."